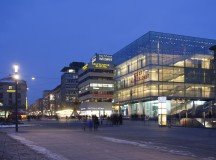 Upon arrival to Europe one of the first things many like to do is get out and do some shopping.

The “Feuerwehr-Museum,” or fire fighter museum, in Stuttgart-Münster offers a chance to experience all there is to know about the Stuttgart Fire Department.

Following these simple tips will ensure that your child will be part of the “Super Smile Team.”

The Panzer Local Training Area is steeped in history. During World War II, from 1939 to 1944 German armed forces tank crews trained at the LTA, but its history goes back even further.

The Duke of Baden-Württemberg, Karl Alexander, built a vast system of tunnels in 1733 to execute his princely right to hunt and show the world his noble powers as an accomplished hunter and statesman.

Signs of suicide: Watching your buddy’s “6”

You are helping to reduce suicides in the Army.

Soldiers at every rank continue to make efforts to help their buddies who might be struggling with thoughts of hurting themselves. We must continue to support our fellow Soldiers because one suicide is too many. 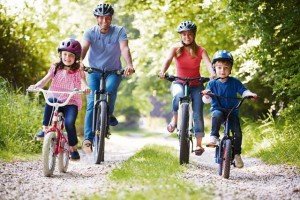 Taking life into your own hands

U.S. Army Garrison Stuttgart held a memorial to commemorate the 13th anniversary of the Sept. 11, 2001, attacks on the U.S. and the downing of United Airlines Flight 93.

Managing 83 bus routes to safely move 2,000 students from well over 50 villages and towns to four schools spread across three military installations is no easy task, and that weight falls on the shoulders of the five employees of the Stuttgart school bus office.

Sightseeing by boat onboard the ‘Neckar-Käpt’n’

Every year, thousands of tourists tour Germany’s most famous waterways – the Rhine, Elbe and Danube rivers. But if you don’t have the time or money to go on a 10-day cruise, perhaps a local day cruise right here in Stuttgart is more your style.

How does one properly honor a fallen comrade, brother- or sister-in-arms, a mentor, a friend? You could pen an eloquent eulogy, commission an engraved marble plaque or join in for a moment of silence. Or you could run. That’s what hundreds of Stuttgart military community members did July 19 during the Run to Remember half marathon and 5k run.

Scouts build paths to the past maintaining Sgt. York Trail

By Lance E. Milsted
Special to The Citizen

“Down, set, hut … hike,” yelled Zachary Sutton. The senior patrol leader for Stuttgart Boy Scout Troop 154 was playing quarterback during a pick-up game of football at the troop’s campsite May 10. It had been raining most of the day and into the evening, so everything was slick with water.

Sailors and families from the Stuttgart military community spent the day volunteering at the Luxembourg American Cemetery and Memorial in Hamm, Luxembourg, June 21, 2014.

Thousands gathered at Patch Barracks for family fun, food and fireworks to celebrate Independence Day July 4. The community’s festivities began in the morning with a 5k fun run around the perimeter of Patch Barracks. Participants included everyone from serious runners huffing and puffing the 5k in under 20 minutes, to families with toddlers gleefully traipsing across the finish line some time thereafter.