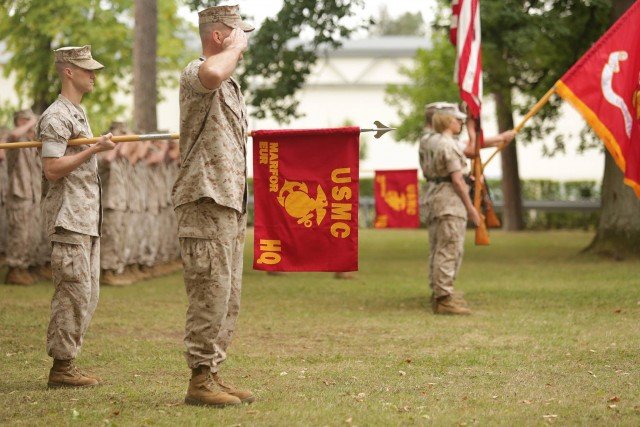 The U.S. Marines serving in both Europe and Africa was united by one commander, Maj. Gen. Niel E. Nelson, in a ceremony Aug 19.

Nelson takes charge of U.S. Marine Corps Forces Europe and Africa from Lt. Gen. Robert B. Neller, who was commanding Marines in Europe from his headquarters for Marine Forces Command in Norfolk, Va., and Maj. Gen. William D. Beydler, who was commanding Marines in Africa from his headquarters at II Marine Expeditionary Force at Camp Lejuene in North Carolina.

Not only does Nelson unite the Marines operating across two continents under one commander, he is the first commander to be based in Germany alongside the two geographical combatant commanders, Gen. Philip M. Breedlove and Gen. David M. Rodriguez, as his sole command responsibility.

“My vision for us is that we will remain the crisis response force of choice for our combatant commander, allies, and international partners,” said Maj.Gen. Niel E. Nelson, commander of U.S. Marine Corps Forces Europe and Africa.