How to recognize counterfeit euro bills

Counterfeit euro bills have been circulating in the area of Kaiserslautern, Landstuhl and Pirmasens. The local law enforcement agencies advise the community to carefully check their money.

The most common counterfeit bills currently in circulation are €20, €50, and €100 euro bills.

Various security features have been incorporated into all euro banknotes to protect them against counterfeiting but you can check the euro banknotes by using the simple FEEL, LOOK and TILT method.

The European Central Bank website provides a great number of resources that can help you identify phony bills. Other resources include:

Circulating false banknotes (euro bills) is a crime. If you do identify a counterfeit bill, alert the police and USAREUR Banking Officer at DSN: 483-7515. 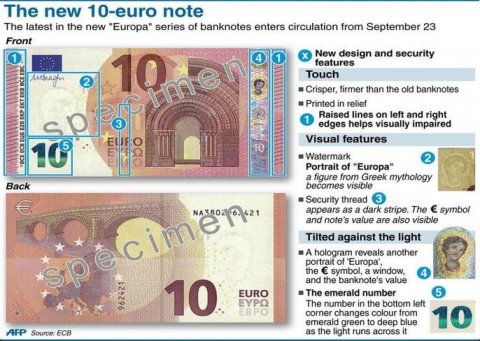