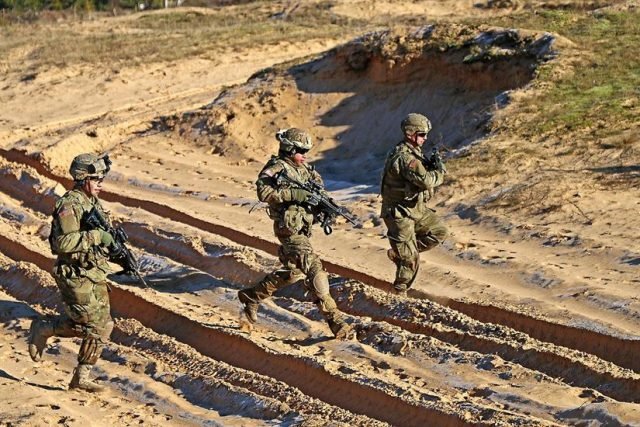 A U.S. initiative begun in 2014 to reassure allies that the United States remains committed to enduring peace and stability in Europe has transitioned into a deterrent approach in light of Russian aggression, senior Defense Department civilian and military officials told Congress yesterday.

Rachel Ellehuus, DoD’s principal director for European and NATO policy, and Air Force Maj. Gen. David Allvin, U.S. European Command’s director of strategy and policy, testified at a hearing of the House Armed Services Committee’s oversight and investigation subcommittee on the future of the European Reassurance Initiative.Russian malign influence and aggression against NATO and its allies is a key factor in Europe’s instability and drastic changes in its strategic environment, Allvin said. Following Russia’s attempt to annex Crimea and its activities in Ukraine, he added, the potential for Russia to “further advance its military adventurism into NATO countries has demanded a strong response.”

Transition from Assurance to Deterrence

“As we continue to see a malign influence and a Russia acting to upset international norms, we have transitioned beyond purely assurance to serving as a strong deterrent against Russian aggression,” he said, telling the panel that because of the changed atmosphere, Eucom is planning and executing a stronger deterrent to Russian aggression.

The request for $3.4 billion in fiscal 2017 funding for the European Reassurance Initiative reflects this transition, the general said. “The rapid change in the security environment requires a prompt answer,” he added.

Through close coordination with DoD policy and comptroller leadership and responsive oversight by Congress, Allvin said, “we will continue to provide effective deterrence and assurance measures to prevent a conflict in Europe, which could have the potential to spread to the homeland.”

The role of U.S. leadership in the initiative is paying dividends, Ellehuus said, noting that the majority of NATO allies have either halted or reversed downward trends in defense spending. “For the first time since 2009, overall NATO spending has increased,” she added, calling the changes positive trends.

— Monetary and political defense investments; and

— The need to combat internal political challenges and resist “those who seek to divide us or undermine the international security order.”

In NATO’s 50-plus years of existence and through two years of the European Reassurance Initiative, “we’ve found one thing as the threats have evolved in the security environment, and that is we’re stronger together,” Ellehuus said.