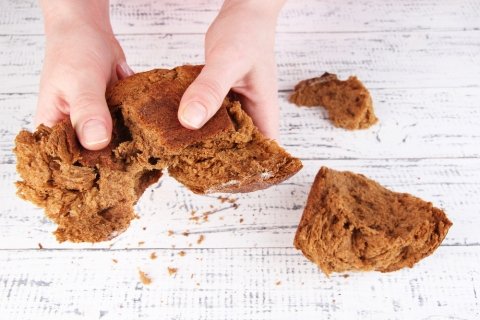 Ash Wednesday (March 1) is the start of the so-called “Fastenzeit” or Lent. Ever since the 10th century, the Church calendar of traditions prescribed seven weeks of repentance and abstinence in preparation for Easter, the most important Christian festival of all.

The name for Lent comes from the Middle English word lenten, meaning “spring” and signifies the 40 days of fasting before Easter Sunday.

The Biblical background of the number 40 is noteworthy: The great rain lasted forty days in the mighty flood; Moses stayed on Mount Sinai forty days (Ex 24:18); Jonah gave the people of Nineveh forty days to repent (Jon 3:4). And before starting his ministry, Jesus spent forty days in the desert in prayer and fasting.   (Matt 4:2)

In the past, Lent was meant to be a long, strict period of religious fasting when people were supposed to give up rich foods and alcohol.  It was also set as the time for spring-cleaning.   Today, the Church no longer imposes a strict fast, though serious Christians still try to overcome their faults by giving up luxuries and practicing self-discipline.

Nearly as old as Lenten customs are ideas and ways to bend or at least circumvent some of the rules of fasting. Since alcoholic beverages were prohibited, some clever German monks centuries ago already brewed strong, so-called “fasting beer” which at first had to get official permission as a Lenten beverage. A sample keg was sent to Rome, but because of the great distance, the beer spoiled and got sour. The Pope tasted it and found it disgusting. “If they want to drink this, they may” was his decision!

Thus “Fastenbier” (strong Lenten beer) or “liquid bread” became and remained part of the monks’ pre-Easter diet based on the old monastic rule: Liquida non frangunt ieunum (liquid does not break the fast).

Not only alcohol, but also meat, butter, milk and eggs during Lent were forbidden until the 1500’s, when a few dispensations started to allow them. The first “Fastenbrezeln” (Lenten Pretzels) made from a white flour-water dough with a salty crust were baked in monasteries as early as the year 950 and distributed to the poor and to children.

Swabian Lenten pretzels are uniquely different. As legend tells it, in the southwest German town of Biberach, a young baker’s apprentice had neglected to prepare the vat of salty brine in which pretzels were usually dipped. The master baker, in a hurry and quite annoyed, tossed the raw dough pretzels into boiling water, then baked them briefly in the oven, resulting in a very pale (“albino”) but doubly-cooked salty Biberach “Fastenbrezel.”

Several other Lenten fasting evasions or tricks may have originated in monasteries, but soon spread to wily Swabian gourmets, most famously in the form of “meat disguised and hidden in dough.”   The most typical Swabian delicacy, the “national dish” of  Württemberg, Maultaschen, were apparently invented in the early 17th century by the Cistercensian monks of Maulbronn Monastery (hence the name Maultaschen). To read more about Maultaschen, click here.

Not wanting to deprive themselves of a large piece of meat they had received during Lent, their cook concealed the forbidden food from the good Lord by grinding and mixing in lots of greens and herbs, parsley and spinach, and enclosing it all in pockets of dough, hence the diminutive nickname “Herrgottsb’scheisserle” (Fooling the Dear Lord).

One more interesting variation on the theme of pretense and/or concealment, Medieval monasteries allowed fowl like geese, ducks, fish and other water creatures to be eaten during Lent. Stretching the definition of “fish-like” considerably, even beavers and otters were sometimes labeled “aquatic animals” in order to declare them as permitted Lenten food.

Reports from a southwest German cloister during the late 17th century reveal that an abbot was reprimanded and ordered to desist: He had thrown a roasted pig into the monastery well, pulled it out and tried to pass it off as a fish for his dinner!

Some seafood dishes were cleverly seasoned and shaped to resemble and even taste like roasted meat, among them the famous “Forellenbratwurst” made of trout.

Nevertheless, occasional cheating aside, Lenten and pre-Easter customs and traditions always emphasized the concepts of cleansing of body and spirit, contemplation and renewal. In any case, only seven weeks of fasting to go.