US customs rules for shopping and mail overseas 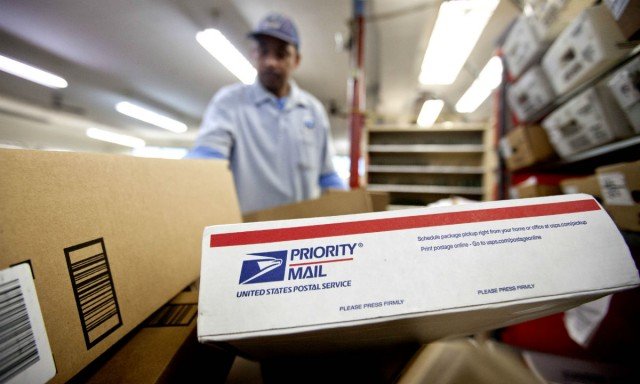 Some people are just not good at buying the right gifts. While this is often a matter of taste, people new to Europe should note that many items available in Europe that may seem like good Christmas presents violate U.S. customs rules.

Some products are banned from the United States and others may only be carried in baggage, but not mailed. Violations of customs, agriculture or postal regulations can lead to hefty fines and confiscation of the goods.

“European delicacies like French pate, German wurst, Spanish chorizo and Italian Parma ham are here for the buying and much sought-after in the States,” he said. “Unfortunately, they can also carry Foot and Mouth Disease, a virulent livestock ailment eradicated in the United States.” These products are therefore banned, as are canned meats and even soup mixes or pasta containing meat. Fresh fruits and vegetables are also prohibited because they could harbor pests like the Mediterranean fruit fly.

The threat to U.S. agriculture is so great that Customs and Border Protection fine people who mail or take banned foods to the States a minimum of $100 as a deterrent. Criminal action for deliberate cases of smuggling can result in a $5,000 fine and a year in jail.

Many European countries also make traditional nativity scenes that Americans love to buy. However, the natural products used to make them are sometimes banned from import to the United States because of the agricultural pests and diseases that could be on nest in them, Sanner noted. Shoppers should realize that they should not mail scenes that contain moss, bark, pinecones, untreated straw or other materials found to contain insects. However, agriculture officials say nativity scenes that are produced using finished wood, plastic, or commercially cleaned and lacquered straw (except rice straw) are fine to mail.

Europe boasts many fine wines, spirits and liquor-filled candies that make original Christmas gifts. Unfortunately the U.S. Postal Service bans all liquor from being mailed, even if it is inside a piece of candy. However, customs allows travelers over 21 years of age to import one liter of duty-free liquor. “The federal taxes and duties are currently low enough to make it worthwhile to take more than one liter of beer or wine stateside as gifts,” said Mike Dean, director of the CBCA. However, state laws must also be met which can add to the cost. Taxes on distilled spirits like Scotch whiskey are generally considered high, he noted.

Cuban rum and cigars are also often available in Europe but prohibited from import stateside by economic sanctions. 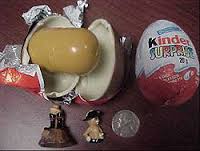 And don’t be surprised if you get a letter from CBP saying they removed “surprise” eggs from the package you mailed stateside. The reason is that Kinder-brand chocolate eggs and similar items are banned in the United States. While many people think the eggs are innocuous, the U.S. Consumer Product Safety Commission believes the toy surprise hidden inside can pose a choking hazard to children younger than 3 years of age.

Wildlife products also present problems. Buying ivory as a gift is a bad idea, according to customs officials. “Only ivory pieces previously registered with Customs and Border Protection generally may be imported,” Dean continued. Whale teeth carvings, known as netsuke or scrimshaw, are also prohibited from import. When buying furs, shoppers should insist on a certificate of origin stating the animal’s scientific name to avoid buying prohibited endangered species products. The movement of caviar is also restricted.

Military customs offices can provide more advice on these and other holiday mail questions. There are many informative pamphlets available from Customs and Border Protection and the Department of Agriculture to ensure holiday gifts don’t present problems stateside.

RECAP: What NOT to mail

• Meat and meat products
• Nativity Scenes or products that contain moss, bark, pinecones, untreated straw or other materials found to contain insects. Note: nativity scenes that are produced using finished wood, plastic, or commercially cleaned and lacquered straw (except rice straw) are fine to mail.
• Alcohol including wines, beer, spirits and liquor-filled candies. That’s right, the U.S. Postal Service bans all liquor from being mailed, even if it is inside a piece of candy.
• Cuban rum and cigars
• Kinder-brand chocolate eggs and similar items are banned in the United States.
• Wildlife products such as ivory, whale teeth carvings, known as netsuke or scrim shaw. When buying furs, shoppers should insist on a certificate of origin stating the animal’s scientific name to avoid buying prohibited endangered species products.
• Caviar

For more information on shipping items back to the U.S., visit www.cbp.gov/travel/international-visitors/kbyg/sending-us