DES has confirmed the fallen tree that was preventing people from turning left upon exiting Panzer Kaserne has been removed. As of 16:25 Monday 10. Feb. Herdweg is now open. 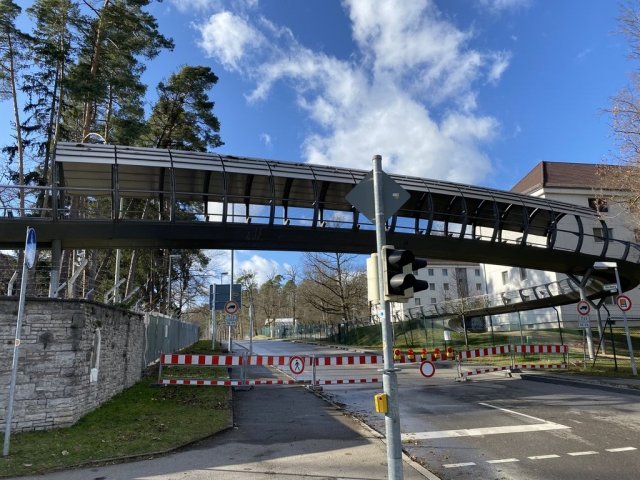 Herdweg, the road connecting the garrison with Panzerstrasse and the garrison housing area, is temporarily closed by Polizei between the Panzer main gate and the Panzer housing gate at Casino Drive, the .

Traffic can still enter or exit at both gates, but can only turn right when exiting.

A fallen tree caused by the passing Storm Sabine poses a hazard to pedestrians and vehicle traffic on Herdweg. Garrison personnel from the Directorate of Public Works are now working to remove the tree.