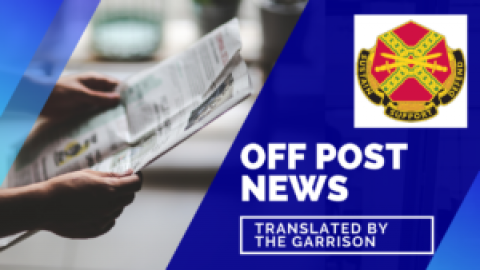 Because of the omicron variant – Head of Health department expects four-digit incidence numbers in Stuttgart
Stuttgart – On Wednesday, the seven-day incidence in the state capital made a jump of 55 to now 331 cases of infection per 100,000 inhabitants. And the head of the city’s public health department strongly suspects that there will be further increases of this kind in Stuttgart. “If the development continues like this, we will soon have four-digit incidences,” says Stefan Ehehalt, “and I assume that it will continue like this, the “Omicron” variant has been detected in 82.2 percent of the cases, and the virus is spreading at an “unprecedented rate.”

The head of the public health department is also “not reassured” by the fact that the Omicron variant tends to cause less severe courses of disease. To be sure, he said, the hospitalization rate of Corona-infected persons who required hospitalization has dropped to 1.45 percent from 2.42 percent in December, when the Delta variant still dominated.   However, the country’s stricter corona measures have proven effective among younger people as well. For example, the incidence among three- to five-year-olds fell from 404.4 to 126.7 cases from mid-December to early January, and from 752.6 to 149.5 cases per 100,000 people among six- to nine-year-olds.

In schools, there are currently only “isolated positive rapid tests,” and six daycare groups have been quarantined since Monday because of Omicron infections, he said.  The health department director is now counting on people to continue to heed the “extremely important basic measures” against the coronavirus, “which also do not restrict normal life.” Which is why he welcomes, for example, the obligation now in force to wear FFP2 masks in stores. However, the virus must also be taken seriously in private “without falling into fear. Stefan Ehehalt describes the current situation as the  “calm before the storm. (Stuttgarter Nachrichten, Jan 13)

Midwives quit over mandatory vaccination request for healthcare personnel
Ostfildern/Stuttgart – Mandatory vaccination, which will apply to staff in healthcare and nursing facilities from March 15, is casting a shadow: In the Ostfildern-Ruit clinic, two midwives have now resigned because of this. It concerns two part-time positions, as well as to those self-employed.  The Klinikum Stuttgart as well as the Klinikumverbund Südwest, the RKH Kliniken and the Filderklinik informed on request that so far no employees had resigned with reference to the vaccination obligation. However, the March 15 deadline and its consequences are still a major topic in the hospitals.

All employees who have not yet submitted proof of vaccination are being contacted, and, in some cases, personal information meetings are held with hospital management and the staff council. Vaccination is a prerequisite for new hires.

According to Jürgensen, the vaccination rate among employees is just below 95 percent; non-vaccinated people tend to work “in areas remote from the patients, such as administration or logistics.

Also within the hospital group southwest (KVSW), to which hospitals in Sindelfingen, Böblingen, Calw, Nagold, Leonberg and Herrenberg belong, one refers to a high vaccination ratio. “In December, this was between 83 and 85 percent among all 5,000 employees; if you only take the areas close to the patients, the rate is over 90 percent,” All hospitals are currently approaching unvaccinated employees and providing information.  Nevertheless, even with these vaccination rates, one in ten employees could face losing their job as of mid-March.

This is because Stuttgart Hospital and the KVSW assume that anyone who has not submitted proof of vaccination by then, or who cannot prove that they cannot be vaccinated for medical reasons, will normally be released without pay.  If an employer cannot find an alternative job for an unvaccinated employee that does not put patients at risk, the health department will usually issue a ban on their work activities, which then leads to release without pay, according to Verdi spokesman Andreas Henke.

Affected by the vaccination obligation are beside the hospitals among other things Rehabilitation clinics, practices and nursing facilities. The latter are already suffering from staff shortages. Other operators of nursing homes for the elderly do not yet want to comment on possible consequences. (Stuttgarter Nachrichten, Jan 13)

Corona in Baden-Württemberg – Kretschmann continues to see great support among population
Stuttgart – Minister President Winfried Kretschmann does not have the impression that he is no longer reaching people with his Corona policy. There are perhaps a little more people who now take to the streets, but still very few, the Green politician told SWR radio.

Eighty percent of people over the age of twelve are vaccinated, the vast majority of the population, he said. That there is protest and criticism is completely legitimate, he said, as long as people remain peaceful and are not guided by hatred and agitation.

Kretschmann also justified why currently in Baden-Württemberg, in contrary to Bavaria, there is an obligation to wear an FFP2 mask in stores, for example, but in buses and trains OP masks have been sufficient up to now. The state is responsible for supermarkets, while the federal government is responsible for public transport, he said. “We assumed we couldn’t because the federal government has pulled that regulation on itself.” That was the state’s interpretation of the law, he said. Bavaria apparently interpreted it differently, he said.

Although far fewer people than hoped have received booster vaccinations in Baden-Württemberg’s retirement and nursing homes, Kretschmann defended the state’s booster campaign. Anyone who wants to be vaccinated can do so, he said. If too many regulations were made, it would become complicated again, and there would be long lines. (Stuttgarter Nachrichten, Jan 13)