HomeFeaturesHow to become a US President, election process explained

How to become a US President, election process explained 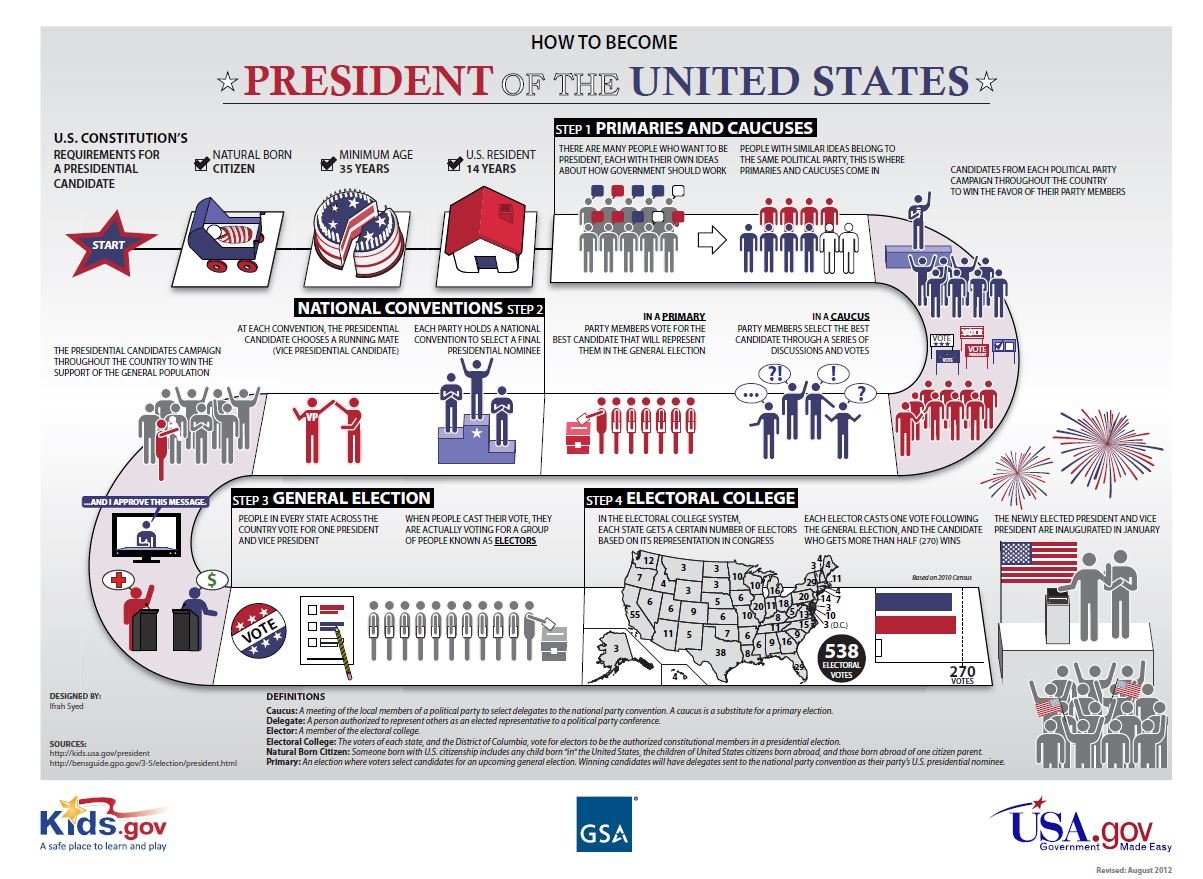 The U.S. Constitution’s Requirements for a Presidential Candidate:

There are many people who want to be president. Each of these people have their own ideas about how our government should work.  People with similar ideas belong to the same political party. This is where primaries and caucuses come in. Candidates from each political party campaign throughout the country to win the favor of their party members.

The presidential candidates campaign throughout the country in an attempt to win the support of the general population.

People in every state across the country vote for one president and one vice president. When people cast their vote, they are actually voting for a group of people known as electors.

In the Electoral College system, each state gets a certain number of electors based on its total number of representatives in Congress.

Each elector casts one electoral vote following the general election; there are a total of 538 electoral votes. The candidate that gets more than half (270) wins the election.