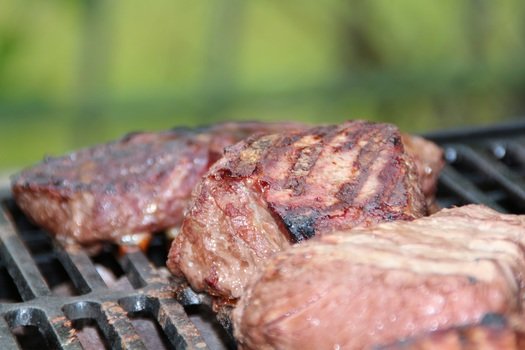 The Army & Air Force Exchange Service and the Defense Logistics Agency  have teamed up to offer frozen meat to service members and others serving in Iraq.

Exchanges at the Baghdad Diplomatic Support Center and Baghdad Embassy Complex started carrying the meat in early April. The initiative lets the Exchange offer U.S. meat at U.S. prices, a benefit that had been unavailable in the area since 2013, and allows those serving at the locations to engage in morale-boosting activities such as cookouts.

“This joint effort between the Exchange and DLA brings yet another taste of home to authorized patrons in Iraq, including Soldiers, Airmen, diplomats and contractors,” said Roger Neumann, Exchange vice president of contingency plans. “With the Exchange, DLA and departments of Defense and State working in conjunction to make it happen, this is truly a ‘whole of government’ effort to bring the old-fashioned, American-style cookout back to Iraq.”

The Exchange has been serving authorized shoppers in Iraq with dry goods since returning to the country last year. However, the Exchange’s primary means of moving goods into the country are not currently set up to transport frozen goods. The new cooperative arrangement with DLA allows the meat to be transported using DLA Troop Support subsistence prime vendor contractor ANHAM, LLC’s normal support lines for dining facilities, requiring no additional transport infrastructure to bring the frozen goods into Iraq.

“DLA Troop Support and the Exchange worked together to find the best solution to deliver frozen meat to Iraq for Exchange customers,” said Anthony Amendolia, DLA Troop Support – Subsistence’s customer operations chief for the Europe & Middle East Region. “We feel a great sense of accomplishment and look forward to continue working with the Exchange to support the war-fighter and other customers in Iraq.”

Meanwhile, the availability of the meat has already spurned cookouts among Soldiers, Airmen, diplomats and contractors.

“It was really nice that we could have a barbecue in the middle of Iraq,” said Sgt. 1st Class Edwin Lauderback. “I didn’t even think that would ever be possible, but the Exchange and DLA made it happen. Nothing brings people together like a nice barbecue.”