Soldiers will soon be able to wear earbuds in the gym 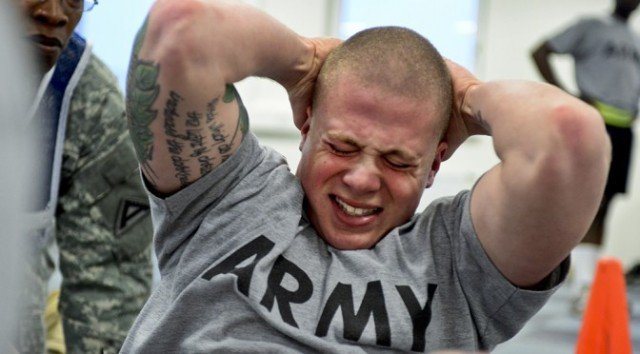 It’s news that is music to many ears.

A proposal that allows Soldiers to wear earbuds with the PT uniform was approved Monday (Feb. 8, 2016) by Army Chief of Staff Gen. Mark Milley. The proposal still needs to be incorporated into Army Regulation 670-1 before it becomes official policy. Thus, Soldiers will need to wait a little longer before adding musical accouterments to their gym wear.

“Until the new policy is published, as an Army directive or as an update to AR 670-1, soldiers are to adhere to the current policy,” said Paul Prince, an Army spokesman, after the announcement. “We are working diligently to implement the change as soon as possible while making sure we have properly vetted the proposed guidance through the Army Publishing Process.”

Nonetheless, the announcement brings to fruition an effort made by Sgt. Maj. of the Army Daniel A. Dailey that began in 2015. After listening to feedback from Soldiers during town hall meetings, solariums and troop visits throughout the course of the year, Dailey issued the recommendation regarding the listening devices to Milley earlier this month.

Currently, AR 670-1 prohibits soldiers from wearing wireless or non-wireless devices or earpieces while wearing Army uniforms. But a Soldier dressed in civilian clothes is able to work out in the same gym and wear his headphones. Dailey called that notion “pretty hypocritical.”

Less than eight months later, a plan to allow earbuds with the uniform has taken its first step to becoming reality. The new policy does come with exceptions. First, the new rule allows in-ear headphones only. Large, over-the-ear devices are not permitted. Also, Soldiers will not be permitted to wear earbuds while doing PT outdoors. Lastly, if Soldiers are conducting physical fitness training indoors as part of a unit event, their squad leader could deny the use of earbuds.

Approval of earbuds is the second uniform or appearance policy that Dailey has helped implement. In November, the Army authorized the use of black socks in combination with the PT uniform.