How often do people lose security clearances over mental health? 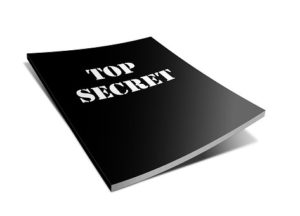 Psychologists and psychiatrists working in military treatment facilities are often asked to do security clearance evaluations, sometimes referred to as DoDCAFs (Department of Defense Central Adjudication Facility). These evaluations can best be conceptualized as forensic or operational in nature, in that the intent of the evaluation is ultimately a question of national security and there is no traditional doctor/patient relationship assumed by either party.

The evaluating psychologist or psychiatrist can never answer this question one way or the other. The mental health evaluation comprises only one small piece of the information needed to contribute to the larger scope of these investigations.

However, the vast majority of service members can be put at ease by the simple fact that it is a rare occurrence for someone to be denied a clearance or have their clearance revoked due to mental health reasons.

How rare is it?

The Deployment Health Clinical Center’s Psychological Health Promotion Team, under the leadership of Dr. Mark Bates, conducted an analysis, courtesy of the Personnel Security/Assurance Division of the Defense Manpower Data Center (DMDC) and the Defense Personnel and Security Research Center (PERSEREC). It identified the following:

These evaluations understandably make people nervous, and the stakes involved (e.g., potential loss of career) may make it less likely that people attempting to gain or maintain a clearance will seek mental health care if they need it in order to avoid this level of scrutiny.

While an evaluating mental health professional can never say whether or not someone will have problems with their clearance, they can provide the real-world statistics above to both military commanders and service members. This may optimize the chances that service members with security clearances will seek mental health treatment when they need it and that their commanders will be more comfortable encouraging help-seeking behaviors.

Information about answering Question 21 can be found on the Real Warriors Campaign website and the Center for Development of Security Excellence website.