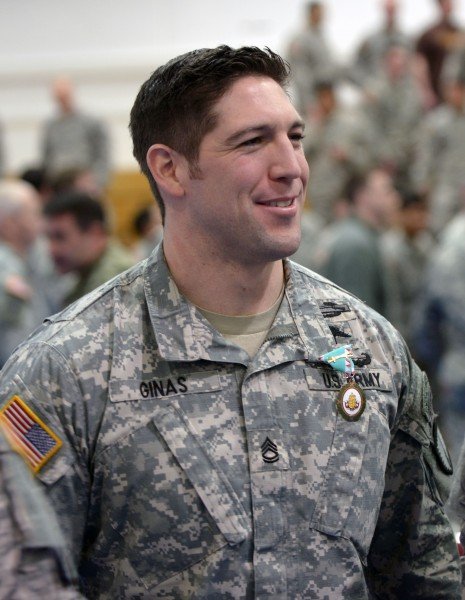 Ginas, 30, who passed away April 18, was a highly decorated Special Forces Soldier remembered for his infectious smile, positive attitude and warrior spirit.

“Sadly, SOCEUR will not be the same without him,” said Air Force Maj. Gen. Gregory J. Lengyel, SOCEUR commander. “Jim was the nicest guy you’d ever want to meet, but he was also a complete badass. If I were casting an actor to play an SF Soldier, Jim Ginas is the guy I would choose.”

Ginas, well respected around the world, will be remembered for breaking down barriers between people and being a friend to everyone he met.

“Sgt. 1st Class James Ginas was an ideal friend, a trusting brother, a loving son, a devoted father and a consummate warrior. His character was inspiring and his personality was magnetic,” said U.S. Air Force Col. Jeremiah S. Boenisch, SOCEUR director of communications. “Wherever he went there was sure to be smiling, jokes and laughter. He never shied from the tough tasks, but instead went headlong after them with dogged determination to get it done right. Tragically, his time on this earth was short, but his impact is permanent. It is with heavy heart we say goodbye, but we thank Jim for the memories and making the lives of those around him better.” 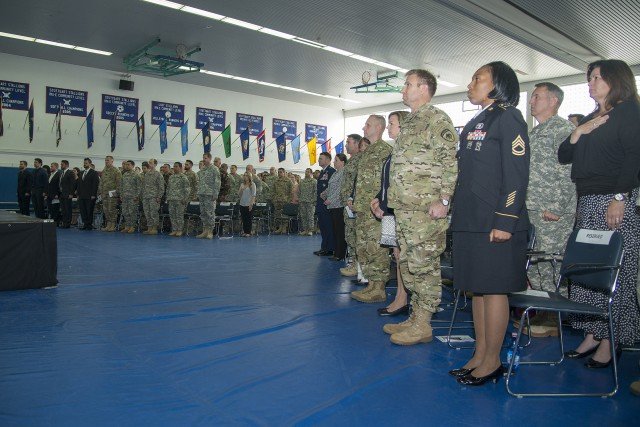 Ginas was born April 12, 1985, in Long Island, N.Y. The oldest of three children, he graduated from Westlake High School in Waldorf, Md. in June 2003.

After his tour in Korea, Ginas moved to Fort Campbell, Ky., where he served as a Special Operations Team Bravo signal intelligence analyst for 3rd Battalion, 5th Special Forces Group. He completed two deployments to Iraq in support of Operation Iraqi Freedom before attending the Special Forces Assessment and Selection. 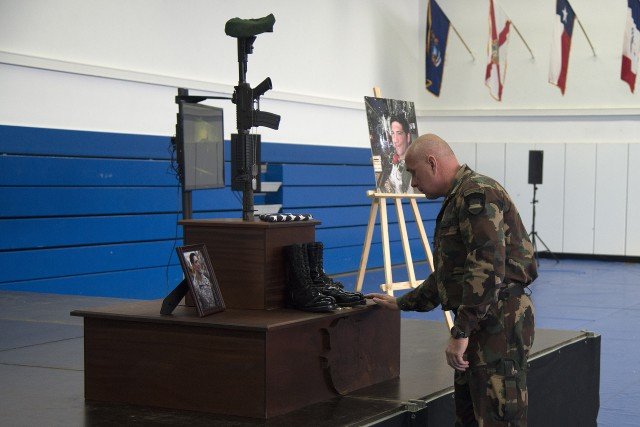 In May 2010, Ginas graduated SF training as a communication sergeant and was selected as the Special Forces qualification course honor graduate. He was then assigned to 1st Battalion, 10th Special Forces Group in Stuttgart. While at 1-10 SFG, Ginas completed two combat tours to Afghanistan in support of Operation Enduring Freedom as part of Task Force-10 in Surobi, Kunar and Jalabad.

Since August 2013, Ginas served as the contingency communications planner at SOCEUR and deployed to the Ukraine in support of contingency efforts.

Ginas is survived by his wife, daughter, mother, father, sister and brother.