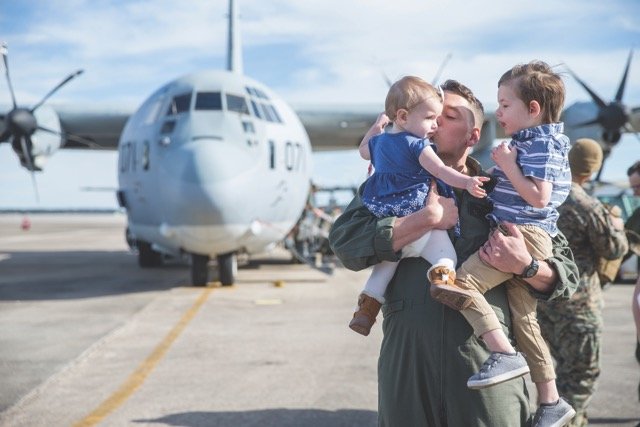 Deployments can be stressful on families; your unit chaplain can help. Photo by USMC Cpl. Koby Saunders

This is the Month of the Military Child. Being a father of four, I can appreciate the sacrifices military children face. Research reveals some of the unique aspects of the military child. I’ve added some family experiences to clarify the points.

As a parent of two adult and two minor children, I can appreciate all that goes into being a military kid. But navigating military life can also be difficult for families. One source of resiliency is spiritual development. A child’s faith is “caught” as much as it is “taught.” As adults, children typically mirror their parent’s religious and spiritual values.

In the Bible, Moses charges the Israelites to share their rich spiritual heritage with their children:

I want to encourage you to take time as a parent to examine the faith and values you want to pass on to your children.  Scripture also tells us:

The kids are watching, they are learning, and the future is before them.