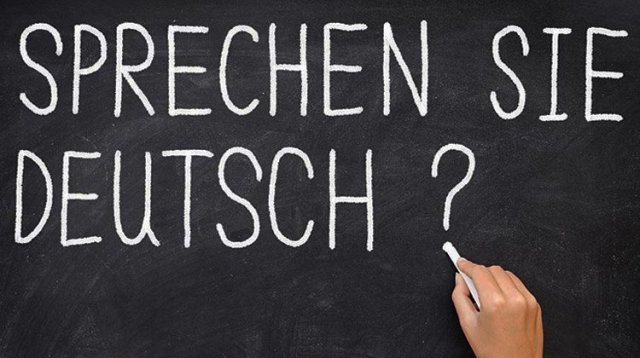 German is a West Germanic language, thus related to and classified alongside English and Dutch. It is one of the world’s major languages and the most widely spoken mother tongue in the European Union. Around the world, German is spoken by approximately 105 million native speakers and also by about 80 million non-native speakers, according to Army in Europe Pamphlet 611-1-1.

German can be an intimidating language to learn, but most folks won’t need a degree in linguistics to learn enough to get around. Also, just trying to learn German will help build good will.

Tips for those learning German for the first time: Sounds and Grammar

First, German has many sounds that are different than English and approximating them can be very difficult. Don’t get frustrated by an inability to sound exactly like a German when speaking in German; the accent takes years to develop. Learning proper German pronunciation will make communication more effective, but for beginners, and especially taking into account the number a dialects found here, it’s fine to just to get “close enough” with pronunciation and focus on learning a few key phrases.

Also, German grammar is much more complicated than English. It includes more cases than those found in English, and also has gendered nouns affecting articles and prefixes or postfixes. German grammar can be quite daunting in the beginning, but don’t worry about getting the grammar just right. Instead focus on the basic pronunciation and building a basic vocabulary.

Gute Nacht Good night — Only used as a farewell in the evening, while the others are used primarily as greetings.

Ich heisse … I am called, or my name is … (followed by your name).
Most Germans tend to use last names in the way Americans use first names. In most cases it is expected to use the last name, generally with Herr (Mister) or Frau (Miss) with all but very close friends and family.

Wie heissen Sie? What is your name?
NOTE: The “Sie” used here is the formal direct address. Upon invitation to use “du” or after some time, most acquaintances can be addressed as “du” which is informal and familiar (another distinction not really used in English). It is expected to use the formal “Sie” when first meeting someone in all circumstances.

Was ist …? What is …?
This can be used to ask for further explanation of a number of topics. Depending on the noun that follows, there are different forms of the verb “ist” that proper grammar calls for, but for beginners, sticking to “ist” universally will be good enough to get by.

Wo ist …? Where is …?
Usefull in asking directions. Again, there are grammar rules that might change the “ist” but in the beginning stick to this phrasing to get by.

Ich möchte … I would like …
Used in ordering items like food or retail goods. Also can be used to state a desired activity or outcome. For example
Ich möchte bezahlen (I would like to pay).

Sprechen sie Englisch? Do you speak English?
NOTE: When talking to strangers, it is advisable to ask if they speak English prior to speaking English to them. Most speak some English, but asking first is considered more polite.

*Numbers 14 – 19 follow this same convention with the exception of 17 (Siebzehn).

**Digits above 20 are indicated in this same manner. Beginners who confuse this, especially in large numbers such as telephone numbers, can also simply say each digit individually to avoid confusion.

Thank you • Danke or Dankeschön

What? or I don’t understand? • Wie Bitte? (literally ‘How Please?)

2016-08-22
Previous Post: Preparation is key to Army Reserve retirement
Next Post: Future Army leaders take to the beaches of Normandy