HomeCulture & LeisureRegional German customs to welcome in the New Year

Regional German customs to welcome in the New Year

Take 12 months, cleanse them of all bitterness, envy and fear.
Divide each month into 30 or 31 parts so the supply last exactly one year.
Prepare each day from one part work, two parts joy and humor.
Add 3 heaped tablespoons of optimism,
One teaspoon of tolerance,
A grain of irony and a dash of tactfulness.
Mix it all with love, and garnish with kindness and consideration.
Serve daily
(Traditional Swabian New Year’s recipe)

The Twelve Days of Christmas (Dec. 25 – Jan. 6) known as “Rauhnächte,” or rough nights, are a time-span when, as the bards used to say, “the air is heavy with magic.” Local customs were meant to assure a lucky, prosperous, happy year ahead.

New Year’s Eve is called “Silvester.” Swabian superstition claims that if the first person you meet on New Year’s Day is a small boy, he will bring you good luck!

On New Year’s Day, the movie “Dinner for One,” will be broadcasted as it has every year since 1963. The 18-minute black-and-white comedy follows the life of Miss Sophie as she celebrates her 90th birthday. Due to her age, however, she has outlived all of her friends and tries to recreate her birthday dinner each year with her only remaining companion – her manservant James.

On Jan. 6, Three Kings Day, customarily, houses are smoked-out with consecrated twigs and the initials of the three kings are written on door beams with blessed chalk, like this: 20 C+M+B 20. Those letters refer to the Latin phrase: “Christus mansionem benedicat,” which means “Christ blesses this house.”

Sternsinger (star singer) children, dressed like the Magi, parade through neighborhoods carrying star-shaped lanterns, and go from house-to-house singing special carols and songs to collect money and raise funds for poor children around the world. 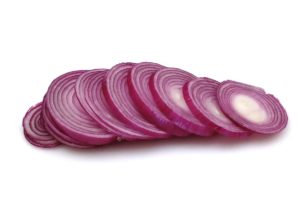 People in rural southwest Germany long took delight in forecasting the weather for the coming year with a “Zwiebelkalender” or onion calendar. Cut an onion into 12 slices and lay them in a row, each slice representing one of the 12 months. Sprinkle the slices with salt and then see which slice weeps the most juice – that will be the rainiest month of the coming year. Folks used to swear by this system, which is probably as reliable as most weather apps.

In olden days, people in some areas of southern Germany would avoid baking, roasting, spinning wool, or even washing clothes on New Year’s Day, as spirits and ghouls of all kinds could swoop through the air disturbing everyday chores, sometimes led by a legendary wild hunter.

Until quite recently, rural people used to dress up in devil’s costumes to dance away whatever fiends might be lurking around after New Year’s Day. Masked dancers, known as “Perchten,” or wild spirits, in Bavaria and Austria, leap about in barren, snowy fields to make them fertile, or they visit farmhouses led by a rider on a white horse to dance until a witch with a broom sweeps them away.

The Perchten carry bells and various loud instruments to dispel the winter. These quaint and curious customs dating back centuries have been  preserved through regional reinactments.

Young women supposedly can tell their own fortune during the first weeks of the New Year by throwing a shoe into a pear tree a dozen times. If the shoe gets stuck in the tree, it is almost a guarantee that “Mr. Right” will come along, although neither the shoe nor tree reveal when.

Also, people may participate in a tradition known as “Bleigiessen,” where lead is poured onto a spoon above a candle, and then tipped into a bowl filled with cold water. The lead solidifies and transforms into a random shape. Explanations of the various potential shapes come with the package and provide predictions of what’s ahead and coming in the New Year. The utensils for Bleigiessen all come in one package and can be purchased from most local department stores and supermarkets.