The Army recognized the artistic eye of enlisted service members, commissioned officers and civilians alike for their simple and true captures of garrison life around the world in the 2013 Army Digital Photography Contest.

Those recognized included four photographers from the Stuttgart military community. 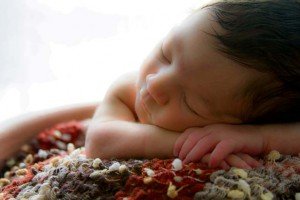 Photo by Virginia Kozak
Virginia Kozak, a secretary at Patch High School and an Army family member, captures the mood perfectly in “Sweet Dreams,” her 2013 Army Digital Photography Contest entry. The subject is her niece Peyton, who was one week old when the photo was taken. Three other members of the Stuttgart military community, Army Maj. Jared Lenz, and military family members Laura Castro and Cara Smith were also recognized in the annual Army-wide competition.

To get the photo, Kozak spent four hours photographing her one-week-old niece Peyton.

“It’s always been one of my favorites from that shoot,” Kozak said. “It took honorable mention here in Stuttgart. I never in a million years thought it would win.”

Lenz is no stranger to the competition, having placed at the Army-level in 2008 and 2009.

The winning entries in the 2013 Army Digital Photography Contest can be viewed at www.armymwr.com.