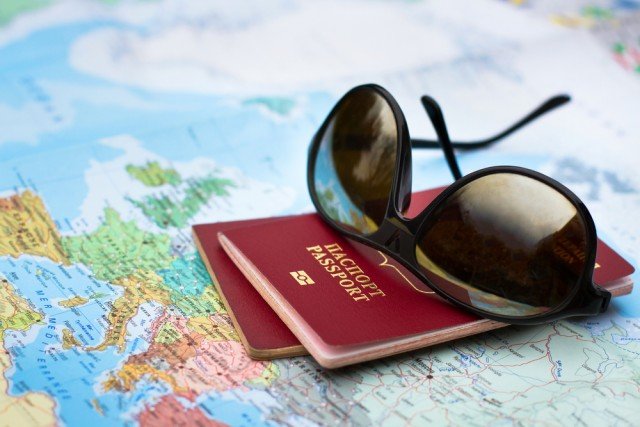 By Megan Brown
Special to the Citizen

November in Europe means the start of real winter weather. Daylight hours are much shorter, and for sun-seekers, it’s a mad dash to book travel to a warm destination before it’s too late. By November, temperatures in Germany can be a bit too cold for an enjoyable outing, but there are a few countries in Europe that stay warm a little bit longer. Many Americans stationed in Stuttgart take advantage of the long Thanksgiving weekend and plan to getaway one last time before winter truly arrives. These destinations, for example, have direct-flight options that leave right from the Stuttgart airport, for an easier long weekend trip to sunnier weather temperatures.

Take a tour of this park with an English speaking guide, and hand feed an ostrich if you are brave enough. For those not, an ostrich nursery is also available for a less up-close experience.

Visitors are introduced to local vineyards and can taste many different types of wines, including local wine.

Some of the major airlines fly to Palma De Mallorca airport frequently, nonstop.

Nicknamed the roof of Spain, the 3rd highest volcanic structure in the world can be visited on half day or full day tours with an English speaking guide. There is also a cable car option for guests who want an easier way to travel up the volcano.

Cave Tour with an English guide, the tour is 2.5 hours, and a mini bus takes tourists to the lava tubes.

A national park that can only be crossed on foot or camel.

Some major airlines that fly to Canary Islands are Tuifly, Condor, and British Airways

Displays show the evolution of ceramics along with the different types of tiles from different time periods. Visitors to the museum can also get a first-hand view of people working on old tiles and assembling the pieces. It is located outside the city center and the admission is free with a Lisboa Card.

The 2nd largest aquarium in the world with 4 aquariums representing the ecosystems of the Atlantic, Pacific, Indian, and Artic Oceans. The center of the aquarium is dominated by the 5 million liter tank that represents the five oceans

The Tower, built as a fortress to guard Lisbon’s harbor is now a monument of Portugals Age of Discovery. Free admission with the Lisboa Card.

Some airlines that fly direct to Lisbon are Lufthansa, German Wings, and Air France.

Mount Etna
An active volcano where guests can walk on craters and see smoke coming up from the ground. A cable car and special takes you to the top but booking a jeep tour will get you even further up the volcano.

Walk up the 142 steps featuring a different ceramic tile on each, and for an extra treat visit in the night to see the area glisten.

Airlines that fly direct from Stuttgart to Sicily are Germanwings and Alitalia.