HomeFeaturesFireworks prohibited on US installations

Fireworks prohibited on US installations

Fireworks are prohibited in all places under control of the U.S. Army to include on-post housing.

2948IAW Army in Europe Regulation 600-1 (AE Reg 600-1), 20 May 2009; Section VII, Chapter 27(d); “Personnel will NOT use or ignite fireworks or flares in places under the control of the U.S. Army. Fireworks include toy cannons, blank cartridges, firecrackers, roman candles, skyrockets, sparklers, torpedoes, and similar items capable of producing a visual or audible effect by combustion or detonation.”

Enforcement on use of fireworks

Violation of this provision may subject offenders to nonjudicial or judicial action under the Uniform Code of Military Justice (UCMJ). Violations of these provisions may also subject the individual to adverse administrative action or adverse civilian misconduct action (AE Reg 27-9).

The prohibition of any action described in AE Reg 600-1, also applies to abetting, aiding, causing, commanding, counseling, procuring, or soliciting another person to commit the action.

Note that bringing firecrackers into Germany as well as possessing or using them as a private person is considered a criminal offense. There are illegal vendors who sell unsafe fireworks from Eastern countries. These fireworks have highly explosive contents that can cause severe injury or death.

This applies to everyone: service members, civilians and contractors. 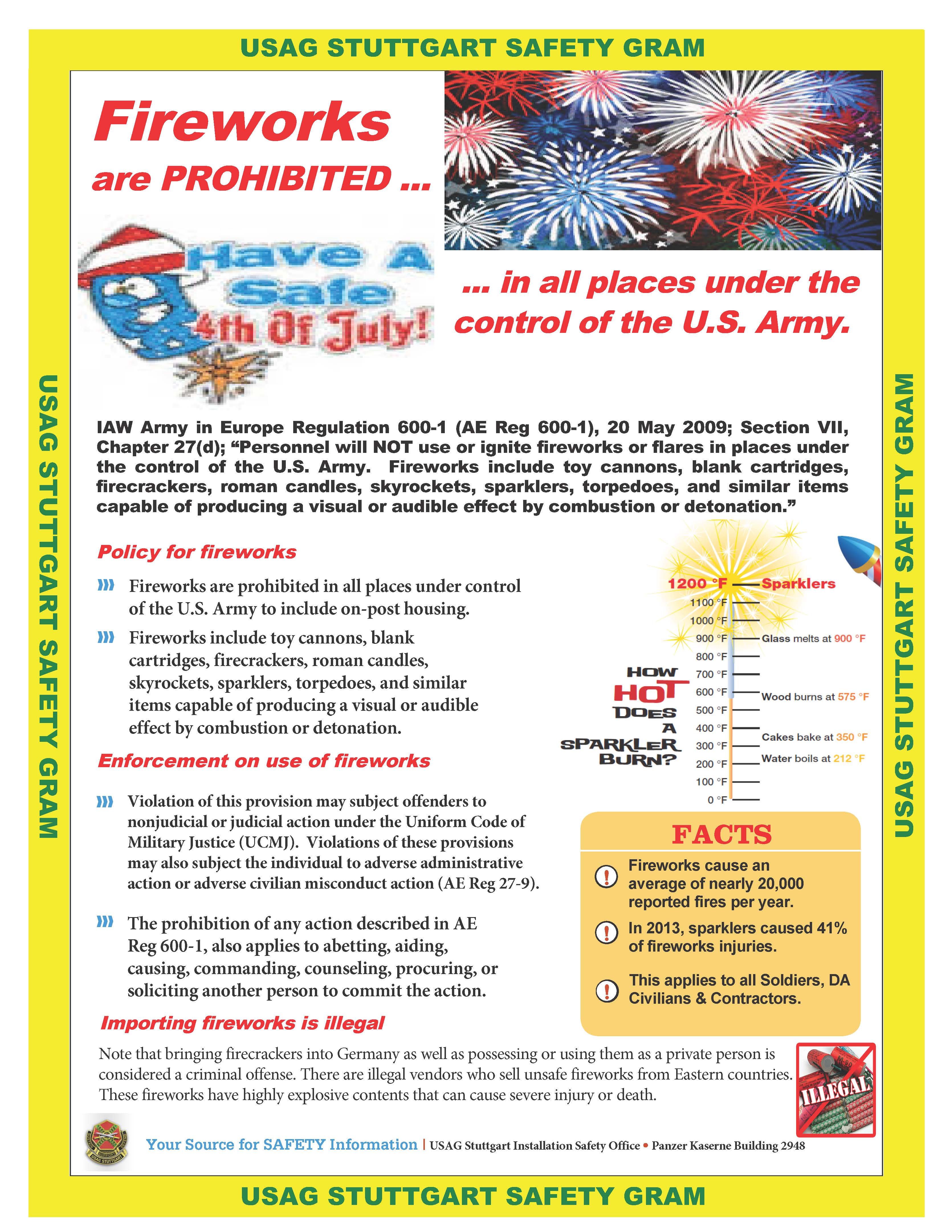