HomeFeaturesEUCOM at 70: This week in History, Kurmärker Kaserne (Patch Barracks) opens its doors

EUCOM at 70: This week in History, Kurmärker Kaserne (Patch Barracks) opens its doors 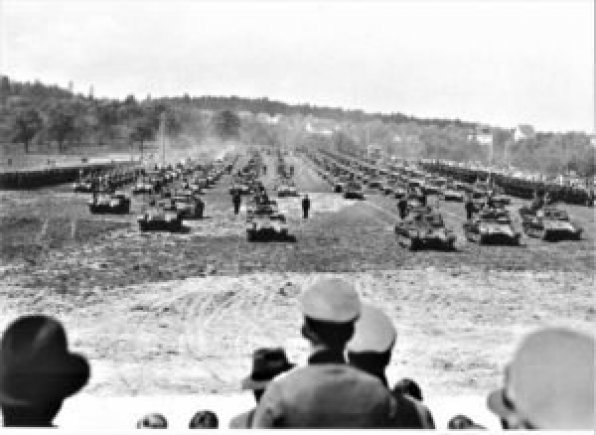 Eighty-four years ago on 7 May 1938, Kurmärker Kaserne, now known as Patch Barracks, officially opened during a large ceremony open to the citizens of Vaihingen. Panzer Regiment 7  highlighted opening day ceremonies with a procession of tanks. A concert and other festivities both on post and in town continued throughout the day. During WWII, the garrison later served as a German army training and replacement center.

The first American troops arrived in July 1945 and the former German installation soon served as headquarters for the U.S. Constabulary overseeing occupation duties.  Once the U.S. Seventh Army headquarters activated in November 1950, the kaserne was renamed Patch Barracks in honor after its longest serving commander during WWII.