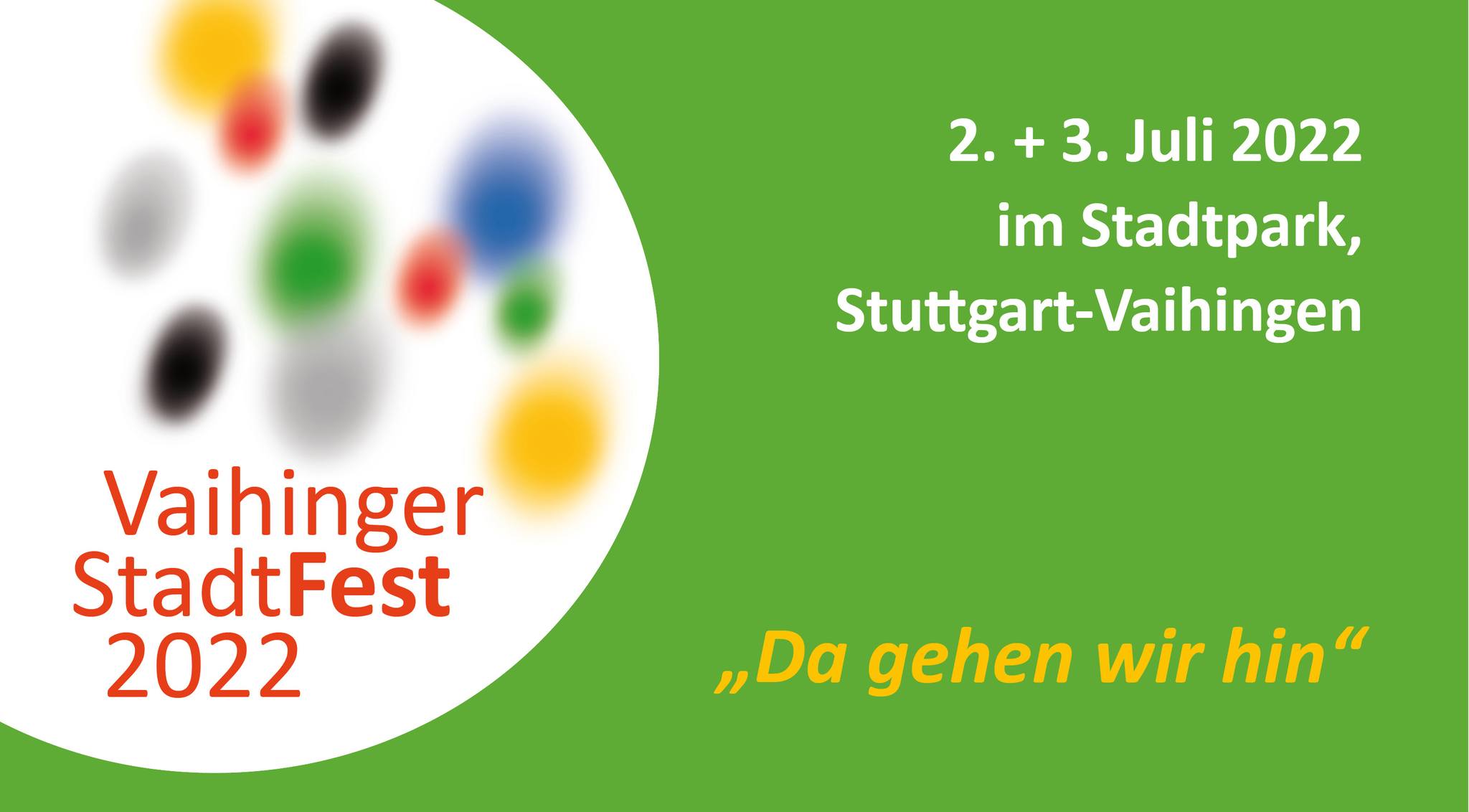 With the first Vaihinger StadtFest, Vaihingen’s city park district is transformed into a festival area for one weekend. Guests can expect a varied program, a wide range of culinary delights and hands-on activities for the whole family.

With this event, we are establishing a new festival in the district and at the same time continuing the more than 60-year tradition of Vaihingen’s children’s and local history festivals. More than 60 participants from all parts of the city are taking part, reflecting the diversity of Stuttgart’s largest district in terms of area, with its almost 46,000 inhabitants. In addition to its diversity, the district is also characterized by its internationality. Therefore, a delegation from the French twin town Melun will visit the StadtFest or a band of the Americans stationed in Vaihingen will play at the opening. A special invitation is extended to the Ukrainian refugees living in Vaihingen.

StadtFest will be held from noon to 11 p.m. on Saturday, July 2, and from 10 a.m. to 6 p.m. on Sunday, July 3. Stuttgart’s Lord Mayor Dr. Frank Nopper will open the festival together with district chief Kai Jehle-Mungenast on the large StadtFest stage. In addition, the head of the city will award three citizens with the Stuttgart Medal of Honor for their exemplary voluntary commitment to cultural life in the district.

A varied program will be offered on the two stages almost throughout the event. Most of the artists have a connection to the district. In the Stadtpark, visitors can expect a number of hands-on and information booths.

Sustainability is a top priority for StadtFest. That’s why StadtFest is a partner of the energy transition and uses green electricity from Stadtwerke Stuttgart. As a Fairtrade city district, products from fair or local trade are also used at StadtFest. In addition, all stands dispense with disposable tableware and the festival site is accessible by all means of public transport.