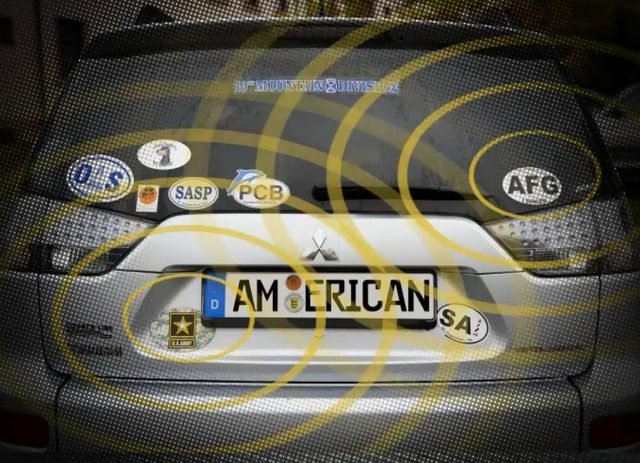 U.S. Army Europe anti-terrorism officials remind U.S. personnel stationed in Europe to avoid being targeted by terrorist or criminal forces by blending in and not standing out from the crowd. One way to do that is to remove decals and stickers that identify a privately owned vehicle as belonging to an American.
U.S. Army Garrison Stuttgart vehicle inspection denies vehicles from passing if identifiable decals are present at the time of inspection.
Army in Europe Regulation 190-1 states that installation and Department of Defense decals not issued in Europe, such as installation access stickers issued at bases in the U.S., must be removed from vehicles before they are registered in Europe. Displaying decals, stickers or banners on U.S. forces-registered vehicles other than those authorized may result in cancellation of a vehicle’s registration, failure of the mechanical inspection, or both.