What is the ‘but’ to quitting smoking?

My father smoked everywhere; the garage, the car and throughout the house. His smoking created my lifelong dislike for the vice and that experience likely saved me from a lung cancer-related death.

My Uncle Dave died of lung cancer aged 59, leaving behind my loving aunt, his three daughters, and five grandchildren. Claire, a lifelong friend, died two years ago from smoking-related cancer. She was just 42, with two teenage boys. John, another friend and smoker, survived throat cancer, but now speaks in a permanent falsetto following surgery.

If you think about it, smoking has likely affected your life, whether you smoke or know someone who does.

I have compassion for those who struggle with addiction. I imagine that quitting would be among the hardest things a smoker can do.

However, have you ever met a single person who regretted quitting smoking?

So what is the but?

Barbara Roper, a clinical pharmacist at the Stuttgart Army Health Clinic has helped hundreds of people quit tobacco using a mixture of approaches. When Soldiers say they want to quit smoking, but [insert rationalization here], Roper has an answer.

“Most say they like it,” Roper said. “In this community, smoking is an outlet. It is a social interaction event. They do not want to choose something else. They eat all the good food. They exercise. They get fit for their next deployment. But counterintuitively, they are smoking.”

Roper is a non-smoker, yet smoking has affected her life. Her father quit for a common reason: family. Roper’s father quit cold turkey after his own father underwent smoke-related cancer procedures. That motivates her to help service members, civilians and family members of the Stuttgart military community. Roper explained how evidence supports the clinic’s cessation approach.

“There are published studies and published literature demonstrating patients who get medication, support and follow up are more likely to quit and to stay tobacco free,” Roper said. 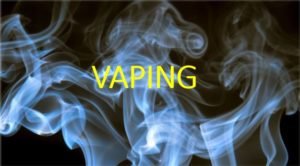 What about vaping? Can this be used as an alternative to wean off cigarettes? Is it safer?

“We don’t yet know a lot about it” she replied. “Regulatory studies and approvals by the FCC have lagged behind. Vaping is still detrimental to health. The delivery of the product leaves a coating on the insides of your lungs, preventing them from operating normally.”

Roper cited a recent, well-publicized case of 17-year-old boy having a double lung transplant directly linked to vaping. He now faces a lifetime of anti-rejection medication and healthcare costs.

So, how do people quit?

“They have to make a decision that they want to quit. This is probably the hardest step.” Roper said. “There is no cookie-cutter solution. People need treatments tailored to their situation. For example, some smokers do not have cravings, but may have triggers to identify. Potential quitters need tools to help combat what is going on, in their body and brain. Most will need some help.”

That is where Roper and her colleagues at the clinic come in.

“When people want to quit, people will come in,” Roper said, emphasizing a key point–finding motivation. “Without that motivation, it will not be possible.”

For example, Roper worked with a man who said he did not want to quit because he liked smoking. She asked what he most valued. His response – his wife and daughter. Roper pulled out a slip paper and wrote “family” on one end and “smoking” on the other. His assignment, hang that note on the fridge and return in two weeks. He came back to Roper, having realized that family was the motivation he needed to quit.

“When people are ready to quit, they’ll quit,” Roper said. “But, maybe they just don’t know how to quit.”

Resources are available to you at the Army Wellness Center and with Roper at the clinic. Nicotine replacements like gums, lozenges, and patches will help ease you off tobacco. There are also medications for those cravings and Cognitive Behavioral Therapy (CBT) for stress and anxiety triggers.

Help for quitting the habit