HomeAnnouncementsTelevision reception in some military quarters set to change

Television reception in some military quarters set to change 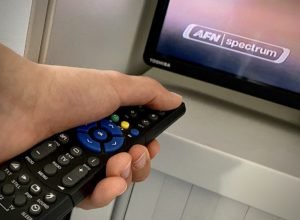 WIESBADEN — Beginning Sept. 27, any resident of Army quarters in Germany receiving AFN television via cable will no longer automatically receive those channels as a cable-service contract with IMCOM-Europe ends.

In the Stuttgart military community, this could affect more than 3,900 people.

While the move will affect AFN and cable television service in Army Family Housing, and off-post government leased housing, officials are evaluating the possibility that service might continue in barracks.

Off-post residents using satellite dishes with decoders and customers already subscribing to a TKS EasyTV package will not be impacted by this change.

Those who use cable now will continue to receive AFN until the signal drops following contract termination or until equipment they currently use becomes obsolete. The increasing popularity of streaming television services in Germany has rendered such hardware outmoded in many places.

Most housing and barracks residents receive television as part of an Internet package, and this move aligns Army garrisons in Germany with that trend. IMCOM-Europe officials said they looked closely at the numbers of cable connections in use throughout military quarters in Germany. With the rising influence of streaming services that residents increasingly use, they decided that this was the right time to change direction in reception services.

Customers already subscribing to an EasyTV package will continue to receive AFN and U.S. channels without interruption. Anyone currently receiving AFN through cable only will need to subscribe through TKS to continue receiving channels in government housing. Some units in Germany are considering whether to continue the AFN service in barracks after the change takes effect.