Benefits to same-sex spouses in Germany 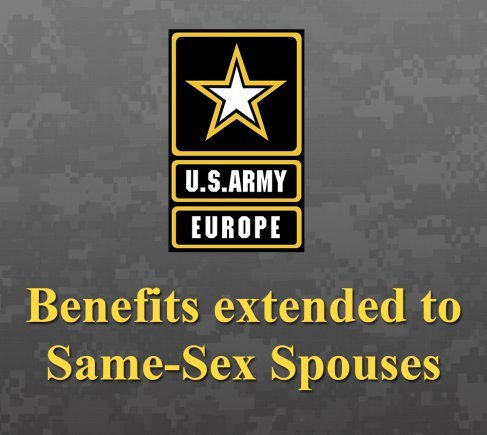 By US Army Europe Public Affairs

Effective Sept. 9, U.S. Army Europe is authorized to issue Status of Forces Agreement credentials and command sponsorship authorizations to eligible same-sex spouses assigned to or on orders to Germany.