Visit www.army.mil/yearinphotos/2015/ to vote for your favorite photo including a photo that is in the running by U.S. Army Garrison Stuttgart’s own, U.S. Army Visual Information Specialist Jason Johnston’s photo of  a soldier from 1st Battalion, 10th Special Forces Group (Airborne) in Germany.

To vote, click the Facebook “like” button located directly under your favorite photo. There are numerous photos to choose from, so make sure to check out the best photos from each month. Voting is open through Jan. 31.

The U.S. Army Photo of the Year will be announced on Feb. 1. 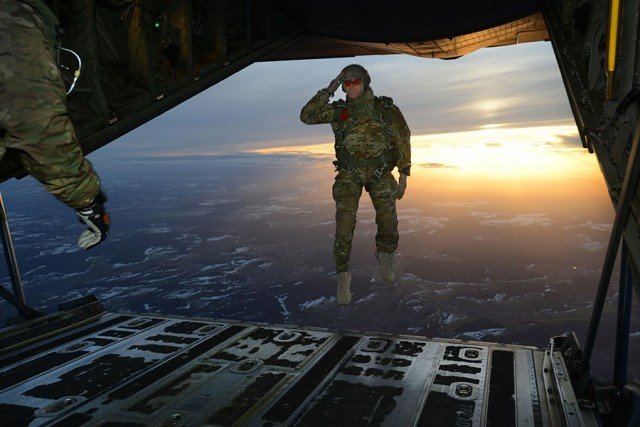 A U.S. Army Soldier, assigned to 1st Battalion, 10th Special Forces Group (Airborne), salutes his fellow Soldiers while jumping out of a C-130 Hercules aircraft over a drop zone in Germany.