Are you at risk for gum disease?

Clean, healthy teeth and gums are important for more than just an
attractive smile.  Gum diseases are serious infections that can lead to
tooth loss. Unfortunately, the beginning stages of gum disease are not
painful and often go unnoticed. 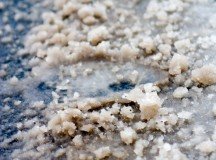 Be alert and attentive to traffic and never cross the street until it’s safe.

U.S. European Command recognized its military and civilian workforce for
going the extra mile and being the force behind its success. Eight
service members and 23 Army civilians were recognized as nominees for
the 2011 Service Member and Civilian of the Year awards during a
ceremony held Feb. 9 in the Patch Theater.

When it comes to your financial future, there’s no excuse

Making excuses is a common way to avoid dealing with a multitude of daily tasks.

A romantic meal at a restaurant can cost big bucks. The average person
was prepared to spend about $147 for Valentine’s Day dinner, according
to a recent Zagat survey.  But if you had elected to celebrate at the
1-10th Special Forces Group (Airborne) Dining Facility on Panzer
Kaserne, the bill for a restaurant-quality meal for two was under $10
… and no tip was required.

The ugly truth about bullying

Phoebe Prince, 15, of South Hadley, Mass., hanged herself after months
of being taunted and bullied by classmates. Tyler Clementi, 18, a
freshman at Rutgers University, jumped to his death from the George
Washington Bridge after an intimate encounter was streamed over the
Internet by his roommate. Jamey Rodemeyer, 15, of Buffalo, New York, an
openly gay teenager, committed suicide as a result of constant bullying.
Two weeks after Rodemeyer’s death, another 15-year-old boy, Jamie
Hubley of Ottawa, Canada, killed himself. All four teens were subjected
to cruel verbal and online bullying. But they certainly were not alone.

Considered one of the most versatile tools in a household, duct tape is
now one of the most popular art mediums at the Patch Library. After a
successful duct tape trick-or-treat bag-making session last October,
Librarian Tracie Miller decided to host another event with the sticky
stuff on Jan. 26.

Standing alone in front of a microphone, voice echoing over the
audience, one child after another tackled vocabulary such as
reimbursable, onslaught, polyglot and slantendicular.

Editor’s Note: Do you have a legal question you would like to see answered in a future edition of The Citizen? If so, contact “Ask a JAG” at stephen.j.bishop.mil@mail.mil. Q: Last week at the commissary, my bagger lost control of the grocery cart and it scratched the door of my…

Military Police from the 554th MP Company gathered in the Panzer Chapel
Jan. 20 for a memorial ceremony to remember and honor a fallen comrade.
The accomplished eight-year career of Military Working Dog E024, better
known as Cedo, came to an end when he had to be euthanized in December.

‘See something, say something’ : Preventing terrorism by paying attention, speaking up

If I could change one character trait of the people who reside in the
Stuttgart military community, it would be to increase their inclination
to report things that just don’t seem right.

Playing by the ‘seat of one’s pants’

Seated volleyball was one of many hands-on activities offered during the USAG Stuttgart Family and MWR Health and Wellness Fair held Feb. 3 in the Patch Fitness Center. A vast number of agencies attended the fair to publicize their programs and services that promote healthy lifestyles, and bring awareness to the garrison’s Comprehensive Fitness Program.

The Citizen - Welcome to Stuttgart 2020