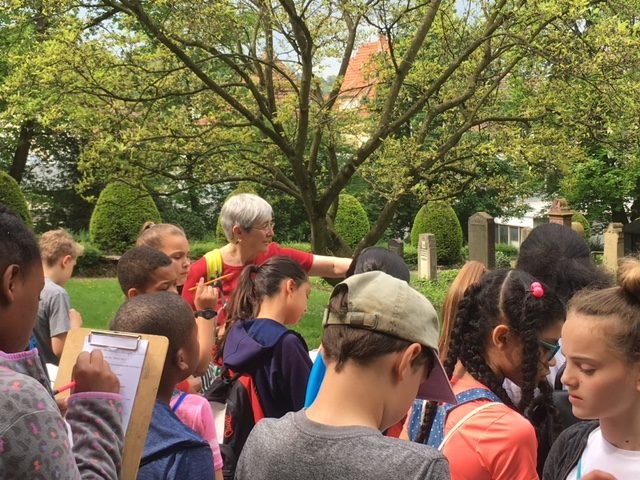 A tour guide named Gudrun tells RBES 5th-graders about the Jewish section of Ebershaldenfriedhof, the cemetery in Esslingen, May 18. Photo by Judi Hurston, DoDEA

As part of their WWII unit of study, Robinson Barracks Elementary School 5th-grade classes visited Esslingen, May 18, to learn about Jewish life in the town during the war.

The students learned about the Stolpersteine (literally, “stumbling stones”), the engraved brass cobblestone markers embedded at sites where Jewish victims of the Holocaust last lived or worked before being deported to concentration camps. They visited two  Stolpersteine in Esslingen to learn about the lives of the women whose names are inscribed on the brass plates. 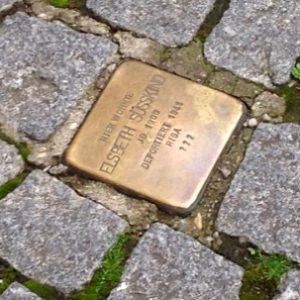 Elsbeth was the owner of a small shop that sold little things such as pencils, paper goods and sundry items. She was deported to Riga and subsequently died there. The people in
the village  continued to run her shop & take care of it after
she was deported.  The shop remains there today, although now it is a little book store.

Helene’s Stolperstein is in front of an apothecary shop. She cared for her elderly father even though she was disabled. Her father was told that he could send her to Grafeneck to be cared for … only that wasn’t true.  He paid for her care, but after she had been there a while, he received a letter saying she’d died. Helene was killed on Oct. 3, 1940, but her father was told she’d died Oct. 13 and he was charged for an additional 10 days of care. 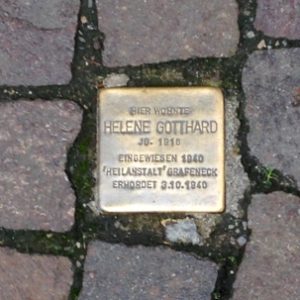 Gudrun also told the children about the memorial to Ecterdingen concentration camp victims.  Most of these victims died of starvation or illness. The students were all touched by the stories and appreciated learning about history so close to their homes.

The 5th-graders  learned about another facet of life during WWII and now have a greater understanding of the significance of the war. 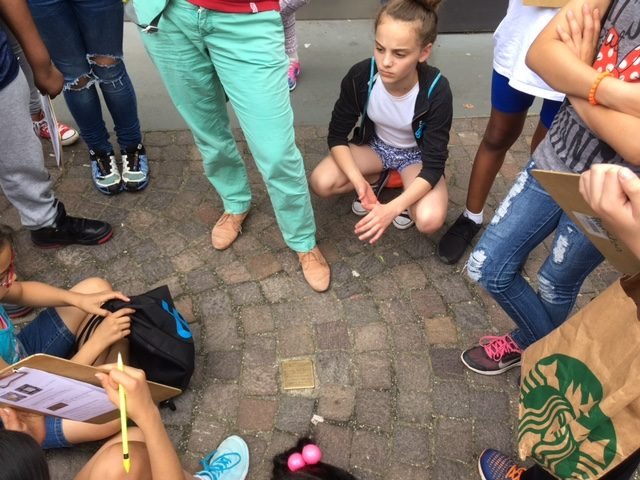 RBES 5th-grade students listen to the story of Helene Gotthard as they gather around the Stolpersteine dedicated to her memory, May 18. Photo by Judi Hurston, DoDEA