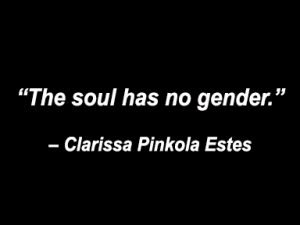 Daimler first launched European diversity initiatives back in October 2015 to help identify weaknesses and strengths within the company and further open the lines of communication and education among its workforce.

“Only judge what you do for yourself, don’t judge others,” said Christian Peters, a regional head of European business for Daimler. Peters first led the discussion on gender topics, taking the attendees, who were of all nationalities and backgrounds, through milestones of women’s equality, also recognizing lesbian, gay, bisexual, and transgender acceptance.

Malarchik contributed her personal insights about gender equality in the U.S. Army over the past 40 years.

She began her military career in the Vermont Army National Guard following in her father’s footsteps. She served as an Army military intelligence officer and was stationed in Stuttgart for the first time back in 1978.

Overcoming the stereotypes that surrounded her petite build and gender in a predominantly male environment, she always remembered her mother’s words to give her strength, “you can be whatever you want to be.” Those words of encouragement have fueled her career ever since.

“I can do anything they can do,” she said.

During her career, Malarchik took a 10 year break to raise four children with her husband, who also served as an Army infantry officer.

“I saw it a lot after 9/11 where both, the mother and father, were called to war,” Malarchik said. That was the determining factor for her to transition out of the service as an active duty member, and to change her career to be a military spouse and mother.

She returned to civilian government service to the field she had enjoyed the most, as a Child and Youth Services director and Army Community Service chief. She progressed to work with plans, training, mobilization and security and continued to develop her career within the Installation Management Command headquarters serving as a leader and advisor in various positions leading her to where she is today.

In closing, among many other words of inspiration, Malarchik encouraged the audience to follow the American poet Robert Frost, who once said: “Never be bullied into silence. Never allow yourself to be made a victim. Accept no one’s definition of your life; define yourself.”