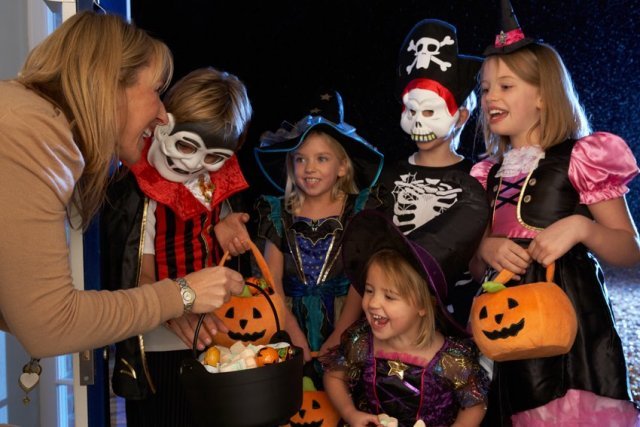 Many Germans refer to Halloween as an American tradition celebrated with costume parties, jack-o’-lanterns, candy, trick-or-treating, haunted houses and superstitions. How did Halloween come to be celebrated in Germany?

In 1994, “Fasching,” Germany’s annual carnival celebration, was called off because of the Gulf War. It was then, when German retailers marketed the idea of Halloween to prevent financial loss, according to the “Fachgruppe Karneval im Deutschen Verband der Spielwarenindustrie,” or German Association of the Toy Industry.

Also according to Fachgruppe Karneval im Deutschen Verband der Spielwarenindustrie, even though, Halloween isn’t celebrated to the extend as it is in the U.S., German retailers acquire approximately €200 million every year, whether it be from Halloween themed candy, or costumes.

Typically, German children don’t go out trick-or-treating in costumes, however, in some neighborhoods, such as residential areas around Stuttgart military installations, where many fellow Americans live, one might encounter children of all nationalities partaking in Halloween activities.

One event Americans may view as reminiscent to Halloween trick-or-treating in Germany, happens on St. Martin’s Day, or Martinstag, celebrated annually on Nov. 11. On this day, children can be seen going from door-to-door holding hand-made lanterns and singing songs. At home and in school, some children also collect candies and baked goods.

Trick-or-treating hours for all U.S. Army Garrison Stuttgart installations are Oct. 31, 2015 from 5-8 p.m. Watch for Community Lantern Walks on-post for Martinstag in November too.