The origin and traditions of Hanukkah 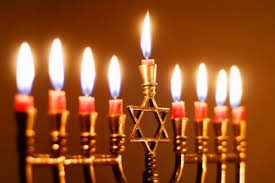 The Jewish celebration of Chanukah or Ḥanukkah, commemorates the rededication of the Second Temple in Jerusalem during the time of the Maccabean Revolt against the Seleucid Empire some 2200 years ago. The Temple which was at the time the center of Judaism was occupied by the Seleucids who had tainted or destroyed the oil needed to light the menorah in the Temple. After the Maccabee’s had recaptured the Temple, they found only enough oil to last for one day, but it miraculously lasted eight days.

Each year, for eight nights we celebrate beginning on the evening of the twenty-fourth of Kislev on the Jewish calendar. This year, that date corresponds with the sixth of December. Each nights, a special candelabra known as a chanukiah, is used to commemorate the miracle. We light one candle on the first night using a special helper candle known as a shamash. On the second night we light two candles, on the third night we light three candles, and so on until by the eighth night, all eight candles are lit. 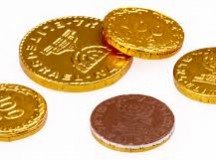 Some traditions during the holiday include eating of any foods fried in oil, playing with tops called dreidels, and giving of coins or chocolate coins called gelt. Many similarities can be noted between the Chanukah traditions and their German counterparts. Potato pancakes known as latkes are commonly eaten with apple sauce or sour cream are undeniably similar to German Kartoffelpuffer mit Apfelmus or Reibekuchen sold at Christmas markets. Dreidel is a Yiddish word which is derived from the German word dreh, which means to turn or spin. The gelt, or coins is the Yiddish word for money, which comes from the German word Geld, which also means money.

The popularity of the holiday is relatively new. In the United States, Jews attempting to assimilate with their Christian neighbors elevated the importance of the usually minor festival solely due to its proximity on the calendar to Christmas. This also helped to alleviate some of the jealousy that Jewish children may have had of their Christian friends and schoolmates.

2016-12-10
Previous Post: How to purchase safe toys and gifts for kids
Next Post: Tradition, history of religious Holy Days within December