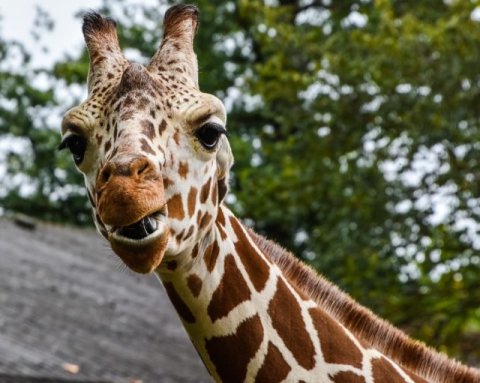 The “Wilhelma Zoologisch-Botanischer Garten,” or zoological and botanical garden, in Stuttgart-Bad Cannstatt features more than 1,000 animal species and 6,000 plants.

Throughout Germany, the Wilhelma is the only park that combines a zoo with a botanical garden, according to Florian Pointke, a spokesman for the Wilhelma.

The Wilhelma was originally built as a private pleasure garden for Württemberg’s King Wilhelm I. In 1829, after mineral springs were found near his newly built summer residence, Schloss Rosenstein, Wilhelm decided to add a bathing house, orangery and greenhouse.

The architect Karl Ludwig von Zanth was appointed with designing the garden and bathing house.

Zanth designed the buildings in the Moorish style, inspired by the Alhambra palace and gardens in Granada, Spain, the standard for Moorish architecture at the time. To this day, many locals still refer to the Wilhelma as the “Alhambra at the Neckar River.”

The bathing house, however, never met its full potential. Soon after completion in 1853, it was used as a reception hall with greenhouses, a winter garden and various pavilions.

Today, the Wilhelma consists of two parts: A park with historic buildings and greenhouses, and the botanical and zoological garden, built after World War II.

Visitors are greeted by the infusing smell of azaleas at the “Azaleenhaus” before they arrive at King Wilhelm’s former winter garden, known to be one of his favorite places in the park. At subsequent greenhouses, camellias and fuchsias are displayed.

According to Pointke, exhibitions in the greenhouses change year-round.

“Many plants in the historic greenhouses and the botanical garden go back to King Wilhelm’s time and are more than 160 years old,” Pointke said. An exhibition in June will focus on meat-eating plants.

An aquarium boasts freshwater fish, as well as aquatic creatures from coral reefs and the North and Mediterranean Seas. In the terrarium’s crocodile hall, visitors can see four saltwater crocodiles, the largest of all living reptiles.

Every Monday at 2 p.m., patrons can attend a crocodile feeding session.

“Throughout the Wilhelma, we constantly aim to rebuild the habitat of the respective animals,” Pointke said.

The “Amazonienhaus,” or Amazon building, opened in 2000 and was one of Europe’s first tropical hothouses recreating a South American temperate rainforest.

Another highlight is the nursery for baby gorillas that were rejected by their mothers. The nursery is the only one of its kind in Europe, according to Pointke.

A farm and petting zoo allows children to feed goats, cows, sheep and hens. According to Pointke, another highlight are interactive play stations at various animal exhibits, where children age 3 to 10 can  mimic the animals.

Before ending the day, visitors should not miss out on climbing up the stairs to the Belvedere building located at the subtropic terraces. Here, patrons have a scenic view on the historic Wilhelma park and Bad Cannstatt, and can enjoy food and drinks at the Belvedere Bistro.

“The Wilhelma promises a fun-filled day for the entire family,” Pointke said. To truly experience the park, Pointke recommends planning for a day-long outing.

The Wilhelma Zoological and Botanical Garden is located at Wilhelma 13, 70376 Stuttgart. They offer an affordable season pass for families that would like to frequent the zoo and gardens during the year.

Dogs are not permitted.