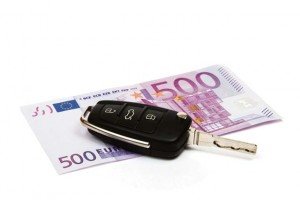 Although it is commonly known as an “international license,” the international driver’s certificate is not really a license in its own right, but rather an international verification that the holder has a license that is valid and accepted by the European Union.

Regardless of whether it is a license or not, having one is definitely worth the effort, since being caught without the certificate can cost as much as €500, according to Emmanuel Redeit, the supervisor of the Stuttgart Driver’s Testing and License Office. He said the current fee for the international license is €16.

“We have had some drivers get fined €500 in France for driving without a license,” he said. “It’s very expensive, and the international license costs less than €20, and there is no test involved.”

The process of obtaining an international license is not difficult and can be completed with brief stops at three locations that should take most people just a couple of hours one weekday morning or afternoon. Although the driver’s testing office helps with the process, the certificate is actually issued at local city offices throughout the Stuttgart area.

To get an international license one must first hold a U.S. Army Europe Certificate of License, commonly known as a USAREUR driver’s license, (though this also is not a license, but rather a certificate of license). It is important to note that you must be in possession of your permanent, hard plastic USAREUR license, not the temporary paper license issued at the time of testing.

USAREUR license holders can start the process of getting an international license at the Stuttgart Driver’s Testing Office on the third floor of Building 2913 on Panzer Kaserne. The staff will complete and stamp a form that serves as an application for an international license. Applicants must provide a German mailing address, not an Army Post Office address. For incoming personnel still residing at a hotel, the hotel address is acceptable.

The next thing needed is a passport photo. These can be obtained at a number of local businesses, but the easiest location for most is right across the street from the driver’s testing office, at the photo booth at the Panzer Exchange. Photos cost €5 and can be obtained on the spot.

Finally, with the application and passport photos in hand, you can head to the local city office in your area and obtain your international license. As long as the office is not too busy, the process usually takes about 10 to 20 minutes, and you walk out with an international license. Calling the office ahead of time to confirm opening hours, or possibly to make an appointment, is recommended.

Going through this process can save a lot of money and frustration in the long run for personnel driving internationally. Technically speaking, the USAREUR license is supposed to be accepted in 25 NATO countries, including most of those in which drivers have had problems in the past. In all practicality though, it is easy for a driver to get cited and fined by local law enforcement in any of these countries, and the process of trying to fight the legal fight is probably not worth it, according to Redeit, who as the driver’s testing supervisor, gets reports from drivers on a regular basis about this issue.

“You could be driving in France, for example, and get pulled over by a police officer who doesn’t read English or German,” he said. “Although technically your USAREUR license should be good enough, he might fine you because he doesn’t recognize the license. For less than €20 and 20 minutes, it’s just easier to get the international license and save the trouble.” 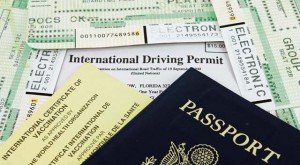 1) USAREUR driver’s license
—You must have your U.S. Army Europe Certificate of License before applying for an international license
—NOTE: You must have the actual hard plastic license, not the temporary paper certificate issued at time of testing.

2) Application form
— filled out and stamped by the Stuttgart Driver’s Testing and License Office. (Make sure to provide a German mailing address, not an APO.)

3) Passport Photos (two)
—the quickest and easiest way to get these is probably at the Panzer Exchange, right across the street from the driver’s testing office.