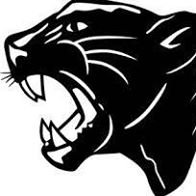 Spirits were high during Patch High School’s homecoming week, especially after a series of sports victories on Homecoming Day Oct. 16.

“Students are really excited about both how the overall season has gone and particularly homecoming,” said Jennifer Rowland, in her first year as PHS principal.
Despite a steady rain, the Panthers’ varsity football team got off to a running start during the homecoming game versus the Wiesbaden Warriors, scoring two consecutive touchdowns in the first quarter, for a score of 14-2.

Running back Kenny Hall (#27) scored both touchdowns after two fumbles by Warriors, and kicker Conner Charlton (#45) finished the plays with field goals.
“We were able to capitalize on their mistakes,” said Head Coach Brian Hill. “We forced two fumbles deep in their territory.”

The score didn’t budge the rest of the game, giving the Panthers the victory.
Hill said the game was truly won by the defensive team, who maintained the winning margin.“Holding their offense to just two points — that says something,” he said.

The  ended the regular season 2-4, in third place in the division.
The men’s tennis team crushed Vilseck 9-0, helping them to stay undefeated (5-0).
The women’s tennis team beat Vilseck 5-4.

Walter Fritz, tennis coach for both teams, said the victories are the result of constant practice. “I tell the kids our main goal is to improve each day, and if they improve each day, they’ll have results,” he said.

The Lady Panthers volleyball team played two homecoming matches, against Hohenfels and Wiesbaden, in a “best of five” format.

They beat Hohenfels 3-0, but lost to Wiesbaden 1-3.
The Hohenfels Tigers were no match for the Panthers’ teamwork, according to Head Coach Joshua McCall.

“We had terrific serving and that kind of helped us dominate the match,” McCall said.

Two seniors in particular drove the team victory, he added. “Emily Baxter had one of her best performances and was really hitting,” he said. “The other stand-out [player] was Dani [Loffert] — she’s our defensive specialist.”

Both the women’s and men’s cross-country teams took first place at the homecoming five-kilometer race against Bamberg, Vilseck, Hohenfels, the Munich International School and Ansbach (boys only).

On the women’s team, sophomore Morgan Mahlock beat the next closest competitor by a full minute, with a time of 19:35. Sophomore Katherine Castro (Division 1 European Champion last year) took second place at 20:52.

On the boys’ team, Brandon Lockridge took second place (18:13) and Nick Pugh took third (18:16) pushing the team to an overall victory, despite first place going to Zane Kennidy from Vilseck (17:28).

Leading up to Homecoming Day, PHS held its annual Spirit Week activities Oct. 12-15, in which underclassmen competed against the seniors for the coveted “Spirit Stick” by dressing up, decorating the hallways and facing off in the traditional powder puff cheerleading competition and football game.

“I was really impressed with all the things Patch does for homecoming,” Rowland said. “We had a really good time … .”