HomeFeaturesClick it to live It: Seat belts save lives

Click it to live It: Seat belts save lives 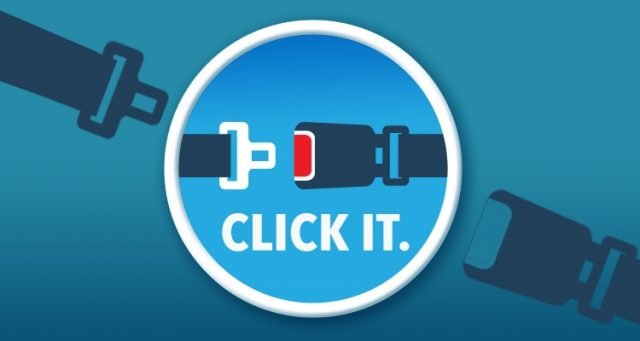 As downward trends go, the Army’s sustained decline in fatal mishaps in sedans and other four-wheeled private motor vehicles is a good news story for leaders and Soldiers at every level. It hasn’t always been this way — PMV accidents have historically been the Army’s No. 1 killer of Soldiers, and while they still comprise the largest share of our accidental fatalities, far fewer are occurring than even 10 or 15 years ago. While it’s hard to say exactly why, we believe engaged leadership, Soldiers taking personal responsibility for their and their passengers’ safety, and an increased emphasis on driver training have all played a part in this success.

We are continuing to face challenges in some areas, however, including seat belt use. Nationwide, more Americans are regularly wearing seat belts than ever before, and we are confident the Army’s statistics reflect that as well. But some Soldiers, regardless of what we do or how much we emphasize the importance of seat belts, still choose not to wear them. In fact, so far this fiscal year, failure to buckle up has outpaced speed as a primary contributor in fatal PMV-4 accidents.

There are any number of excuses both drivers and passengers give for not wearing their seat belts: It’s uncomfortable; it will wrinkle my clothes; I’m only going a short distance; I’ll be better off if my vehicle catches fire or ends up in water; I’m in a big truck or SUV, so I’m already protected.

The truth is, every vehicle occupant, regardless of seating position or vehicle size, stands a much greater chance for survival in a crash if they’re buckled up.
Modern vehicles are designed with integrated crumple zones and A-frames that protect the people inside — provided they’re wearing seat belts — by absorbing crash forces and allowing survivable space in even the most severe crashes. These features, combined with airbags and other safety technologies like antilock brakes that are becoming standard on more and more cars, trucks and SUVs, are saving lives in accidents that would have proven fatal in the not-too-distant past.

Safety engineering does nothing for a driver or passenger ejected in an otherwise survivable crash, though. And individual vehicle occupants owe it not only to themselves, but everyone they’re riding with to buckle up as well. Unrestrained passengers, even those in the back seat, are helpless against the laws of physics and can become deadly projectiles during an accident. Army Regulation 385-10 requires Soldiers to wear vehicle seat belts both on and off duty, and further specifies the senior occupant or driver (if no senior occupant is present) is responsible for ensuring his or her passengers are restrained. Policymakers have gone to that extent because seat belt use is just that important, and we must all do our part to ensure senseless and preventable deaths don’t happen on our watch.

Seat belts have done a lot to reduce catastrophic injuries in vehicle crashes, but driving responsibly is equally critical. Excessive speed and nonuse of restraint systems are the Army’s two constants in fatal accidents and together are a deadly cocktail. Sadly, not every accident is survivable, but buckling up and following the speed limit will go a long way toward giving you the best chance possible. Also wear your seat belt correctly at all times; the belt should rest over the midpoint of your shoulder and fit snugly over your hips without pressing into the abdomen. Adjust your vehicle seat and the belt positioner as necessary to ensure proper fit.

On any given day, buckling your seat belt is the greatest safety measure you can take for yourself, your battle buddies and your family. It might seem inconsequential, but it’s anything but — don’t wait for an accident to have an epiphany on what you “should” have done. By then, it might be too late. Do what you know is right to live and fight another day. 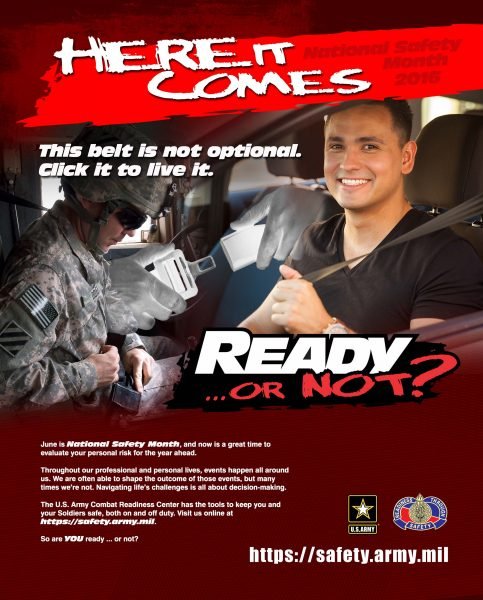