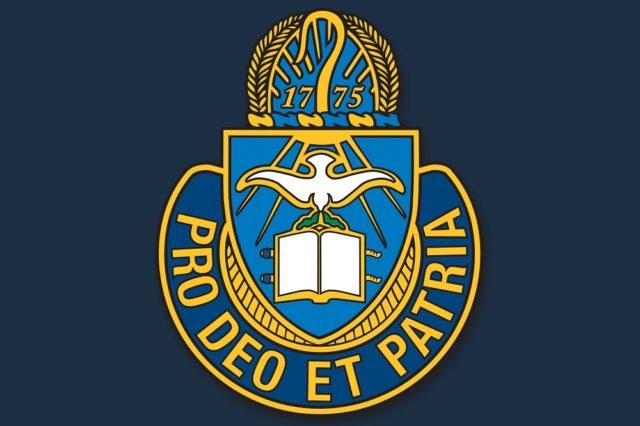 Although a person may not like the idea of becoming a year older, a birthday is a significant milestone and an opportunity to reflect on the impact and blessings of the past.

July 29 is the 245th birthday of the U.S. Army Chaplain Corps. As we grow another year older, it is time for us to reflect on who we are and where God has taken us. Within the Army chaplaincy, we have been and are still blessed. A few notable memories are worth sharing.

First, there was the moment of pride when the Continental Congress officially established us at the request of none other than General George Washington. His request was based upon the need to provide worship, inspire courage, and care for his troops during the struggle to gain independence. At that time, a chaplain was assigned to each regiment or brigade and paid $20 per month. Chaplains have since come a long way. We now have a major general as our chief of chaplains, and a sergeant major as our regimental chief. Unit ministry teams are at the battalion level and above, ready to serve God and our Soldiers.

There were many times of courage, where chaplains stood with military personnel as they faced the most trying of times.

There were many times of courage, where chaplains stood with military personnel as they faced the most trying of times.

In 1900, during the Boxer Rebellion, Calvin P. Titus, a religious affairs specialist, assisted his chaplain with worship services and much more. He climbed a wall in view of the enemy, which allowed his company to gain a tactical advantage. For that action, he was awarded the Medal of Honor. Then there are “The Four Chaplains,” who gave their life-vests and went down with the Dorchester in the icy waters of the North Atlantic on February 3, 1943, giving their lives to save others. Continuing, memories of sacrifice also come to mind with Chaplains Emil Kapaun, in Korea, and Charlie Waters, in Vietnam. Both gave their lives to save others. Neither saw the Medal of Honor presented posthumously. The lives they served and preserved were the real reward.

Today, to offer a few snapshots from our daily ministry, chaplains join community members as we officiate at weddings—sometimes just days before deployment. We also get to dedicate and baptize children, and we rejoice to see our church members grow in faith. Many times, we even get to offer a prayer of thanks during promotions, reenlistments, and change of command and responsibility ceremonies.

Sometimes we spend it with you in far away and dangerous places. For me, the most cherished memory has been serving beside the next generation of young patriots who sacrificially commit their lives to our nation, even in conflict.

Our memories are also filled with sacred opportunities for reflection as we remember the times we officiated at the memorials of dear patriots who had given their all in service. We are also humbled to officiate and render honors for a veteran who lived out her or his days and is laid to rest.

Our birthday is important to us not merely because of how old we are, but because for the last 245 years the women and men who make up the chaplain corps have had the honor to spend each birthday with brave Soldiers. We thank God for another year to serve.