HomeAnnouncementsSugar is the new tobacco

Sugar is the new tobacco

Sugar is being called “the new tobacco.” Its many forms have been linked to the increasing rates of diabetes, heart disease, non-alcoholic fatty liver disease and other chronic diseases in the U.S. 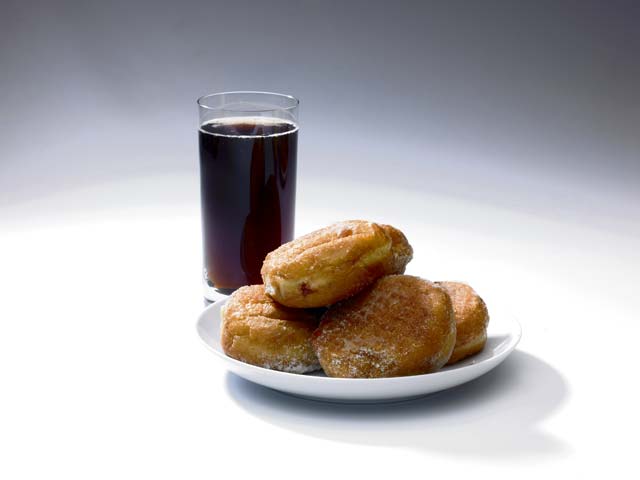 Army dentists have been fighting on the front lines against sugar for decades. Despite their best efforts, tooth decay continues to be the main cause of dental disease and non-battle injuries among deployed Soldiers.

From 2000 to 2008, the oral health of Department of Defense recruits worsened. The 2008 Tri-Service Oral Health Survey revealed that Army recruits have higher numbers of untreated cavities compared to other DOD recruits. A study at the largest Army installation showed that about one third of Soldiers develop new treatment needs every year.

Army dentists are all too familiar with the rampant decay that results when a Soldier sips on sugary drinks throughout the day. Drinks that contain high amounts of sugar, caffeine and citrus flavors often cause extensive tooth decay, likely due to the combination of high sugar content and organic acids.

Young Soldiers often don’t pay attention to the sugar, calories or caffeine in their drinks. One large iced coffee can have 11 teaspoons of sugar. But even if they check the label, looks can be deceiving. The amount of sugar, caffeine and carbohydrates per serving listed on a single can of an energy drink may not seem that bad, but the can actually contains two servings so you must multiply by two.

The most popular energy drink purchased at Exchange stores, 16 oz Monster, has 13 teaspoons, and the most popular soda, 20 oz Mountain Dew, has over 18 teaspoons of sugar.

Caffeine and sugar have both been shown to be addictive, and Soldiers are just as vulnerable to the caffeine rush and sugar high as other Americans. During deployment or intense training courses, Soldiers can come to depend on these drinks to stay awake and alert, or to relieve boredom. They return home with souvenirs that they would rather not have — a mouthful of new cavities.

• Drink sugary or acidic drinks quickly, within 15 minutes, rather than sipping on them for an extended period of time.

• Limit meal, beverage and snack intake to no more than five times per day. Combine sugary beverages or juice with a meal, ideally near the beginning of the meal.

• Use a straw that reaches to the back of the tongue to keep the drink away from your teeth.

• Drink plain water immediately following the sugared drink to “wash” it off of the teeth and neutralize the acid from the drink. • Chew sugar-free or xylitol gum to help neutralize acid.

• Do not rinse your mouth after brushing. Just spit several times to remove the excess toothpaste. Also, don’t eat or drink anything for at least 20-30 minutes after you brush so the fluoride will stay on your teeth as long as possible and protect them better.

• Remember, sip all day, get decay!