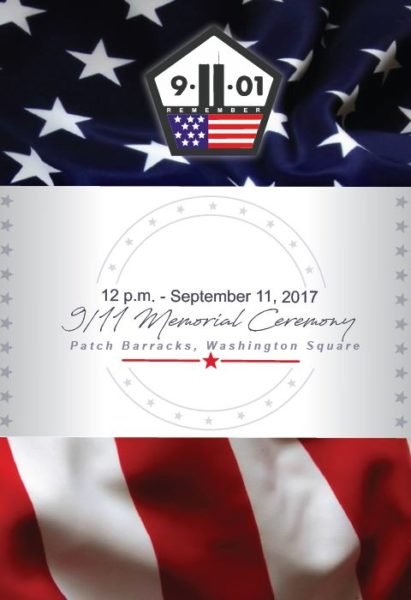 The Stuttgart military community and their guests are invited to attend the Patriot Day ceremony, Sept. 11 at noon on Washington Square, Patch Barracks.

In the event of inclement weather, the ceremony will be moved inside the Patch Chapel.

2017-08-23
Previous Post: PMS drop-off location change during construction
Next Post: How to prepare for a day in the vineyards during harvest