In preparation for the Dec. 15 Army-Navy football game, one of college football’s most celebrated rivalries, Soldiers took on Sailors and Marines in Stuttgart’s first official Army-Navy flag football game Dec. 7 on Husky Field. [Photo left] De’tavius Ross can’t stop Brandon Thornhill, who catches a pass that leads to one of two touchdowns he scored for the Navy team. [Photo below] The Navy team celebrates their victory. 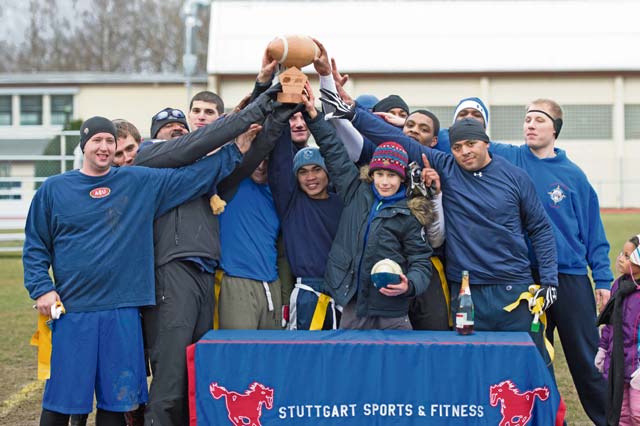