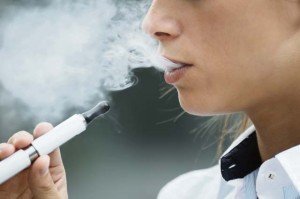 The number of calls to poison centers involving e-cigarette liquids containing nicotine rose from one per month in September 2010 to 215 per month in February 2014, according to a Centers for Disease Control and Prevention study published in an April 2014 morbidity and mortality weekly report. The number of calls per month involving conventional cigarettes did not show a similar increase during the same time period.

More than half (51.1 percent) of the calls to poison centers due to e-cigarettes involved young children under age 5, and about 42 percent of the poison calls involved people age 20 and older.

The analysis compared total monthly poison center calls involving e-cigarettes and conventional cigarettes, and found the proportion of e-cigarette calls jumped from 0.3 percent in September 2010 to 41.7 percent in February 2014. Poisoning from conventional cigarettes is generally due to young children eating them. Poisoning related to e-cigarettes involves the liquid containing nicotine used in the devices and can occur in three ways: by ingestion, inhalation or absorption through the skin or eyes.

Like any tobacco products or medicines, they should be kept well out of the reach of small children and should not be misused by adults.

In addition to the dangers of poisoning and misuse, even when used as intended, e-cigarettes are not a healthy alternative to smoking according to the CDC.