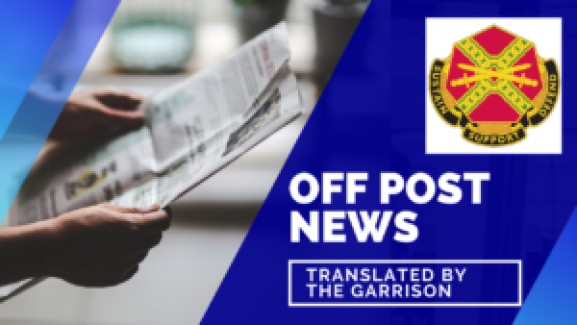 In an online conference with health experts and community leaders on Friday, May 6, B-W Social Minister Manfred Lucha (Greens) announced a new appointment system intended to better regulate the demand for COVID-19 vaccinations. Lucha is concerned that a COVID-19 wave in the fall could again overwhelm B-W’s health system. Given the uncertainty about how virulent new variants could be, Lucha said, it is possible that B-W’s base vaccination rate of 73% might not be sufficient to avert a heavy burden on the system. Health experts are also concerned about a possible wave of influenza in fall and winter and recommend both a COVID-19 booster and an influenza vaccination. (SWR)

Heidelberg – Climate activists “stuck” themselves on roadway to Autobahn

Climate activists of the “Last Generation” have stuck themselves on the roadway of a federal highway in Heidelberg, causing considerable traffic obstructions. Rescue services removed the sticking after a short time and took the four activists off the road, a police spokesman said Monday. The Autobahn 656 between the Heidelberg interchange and the Heidelberg-Wieblingen entrance had to be closed.  There was also an action by the “Last Generation” in Stuttgart, but it remained with the attempt of a blockade: the police had already expected the participants and led them away before they could sit down on a federal highway.  The activists, who call themselves “Last Generation,” want to point out that there is only a little time left to avert the climate catastrophe. On the short messaging service Twitter, the group announced that from now on it plans to hold traffic blockades and other actions across Germany every Monday.  (Stuttgarter Nachrichten, May 9)

Comeback of the superstars and city festivals: A mega summer is in store for Stuttgart

The pandemic is not over yet, the war in Ukraine continues to shock the world – the year 2022 is certainly not a great one. And yet, in the summer of 2022 in Stuttgart, there are many wonderful opportunities to forget the terrible and stressful crises of the world in between and to dream of a finally better life with music. This allows people to recharge their batteries, which they urgently need in these hard times.

Whether fish market, summer festival, concert summer at the Mercedes Museum, summer festival of cultures, the CSD parade, wine village, theater in the courtyard of the old castle, light festival – everything that was canceled two years because of Corona, takes place again this summer. In addition, there will be a particularly large number of open-air concerts, which will be held from June to July at the Cannstatter Wasen. There have never been so many festivals here in one summer. The Schlossplatz is also awakening. For the Jazz Open, 35,000 tickets have already been sold. Everywhere, preparations are in full swing for the mega summer of 2022.

The open-air concerts on the Wasen (Bad Cannstatt)

No sooner has the Spring Festival ended, stages are set up or major concert on the Cannstatter Wasen, for example: for “Iron Maiden” on July 9, 5:45 p.m., there are still a few tickets available.

At Whitsun, SWR and the state of Baden-Württemberg invite you to celebrate in front of the New Castle. Tickets for all concerts at the SWR Summer Festival are still available online at SWRticketservice.de. Tim Bendzko, Alice Merton and the band Parallel will open the evening program on Friday, June 3. On June 4, Pop & Poetry follows with Matthias Holtmann and band with the program “In The Air Tonight.” On June 5, the SWR Big Band says “Ciao Giovanni” and celebrates Baden-Württemberg’s 70th birthday with Giovanni Zarrella.

Jürgen Schlensog (Jazz Open) is happy about run on tickets

From July 7 to July 17, the Jazz Open will set the rhythm of the city for eleven days with 58 concerts on seven stages. The program is made up of the big shows on Schlossplatz and at the Altes Schloss, as well as club acts at Bix Jazzclub and the SpardaWelt Event Center. Thanks to the great demand, the organizers are expecting around 50,000 visitors. This is due, they say, on the one hand “to the attractive program with superstars such as Sting, the mega-duo Robert Plant and Alison Krauss, John Legend or Herbie Hancock,” and on the other hand to the people who have kept their tickets over the years of the pandemic. “There you can feel a deep connection of many people with the festival,” promoter Jürgen Schlensog is pleased. Completely new this year, because it is even larger, is the spectator stand on the Schlossplatz. For the first time, additional boxes will be offered there, 85 percent of which have already been booked by companies.

From July 7 to 10, the concert summer in front of the Mercedes-Benz Museum returns after a two-year break. The Killesberg open-air stage will also be used to its full capacity this summer. It starts on June 4 with Foreigner. In addition, Pietro Lombardi, Jan Delay, Deine Freunde, Fury in the Slaughterhouse and Tash Sultana will perform. The opera “Aida” makes a guest appearance. The finale will be Christoph Sonntag on September 10.

From the fish market to the CSD and the wine village

Hamburg’s fish market is also back: from July 7 to 17, Aale-Dieter, Käse-Tommi, Bananen-Fred and Co. will be inviting visitors to Karlsplatz. The Summer Festival of Cultures , the largest intercultural festival in southern Germany, is planning its big comeback for July 12 to 17 in the heart of the city. The festival of lights on Killesberg wants to inspire again on July 9. The CSD cultural festival will attract tens of thousands to Stuttgart from July 15 to 31. The highlight is the parade, which had to be cancelled in the past two years, on Sat. July 30. The 30th Stuttgart Summer Festival will be celebrated from Aug. 4 to 7 on Schlossplatz and around Eckensee in Schlossgarten . The Stuttgart Wine Village will be held from August 17 to September 4.

“Romeo and July” in the castle courtyard and Artländ at the Eckensee.

Further dates to note: The Cultural Summer enchants the courtyard of the Old Palace from June 29 to July 3 – among other things with the play “Romeo and Juliet” by tri-bühne. A brand new event is the Artländ cultural festival on September 17 and 18 around the Eckensee lake, where subculture and high culture pull together. (Stuttgarter Nachrichten, May 9)

2022-05-09
Previous Post: EUCOM at 70: This week in History, Kurmärker Kaserne (Patch Barracks) opens it doors
Next Post: Baden-Württemberg to drop most COVID rules from Apr. 3, 2022