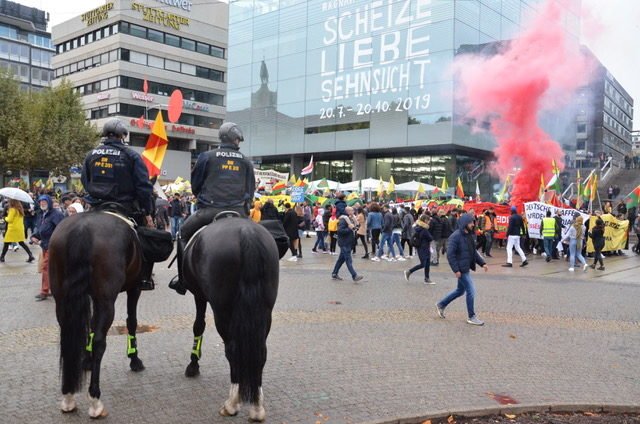 Local authorities reported two upcoming demonstrations this week to U.S. Army Garrison Stuttgart, one this weekend and another next Friday

This weekend, more than 500 people are scheduled to demonstrate in Böblingen. The demonstrations, held Feb. 15 and 16, will be at the Kongresshalle, Ida-Ehre-Platz 1. This is located near the downtown Böblingen train station and shopping center.

They will take place over two days while a political party conference in session in the Kongresshalle. Members of the U.S. military community should avoid the area. Possible clashes with authorities may occur at the site or near local transit.

A demonstration outside Kelley Barracks is scheduled Feb. 29, from 1 p.m. to 2:15 p.m., according to the Polizei liaison at USAG Stuttgart’s Emergency Services directorate.  A group of roughly 40 people, a local religious organization, will demonstrate against upcoming military maneuvers in Europe.

The event is expected to be a peaceful protest, however, members of the U.S. military community should avoid the area.