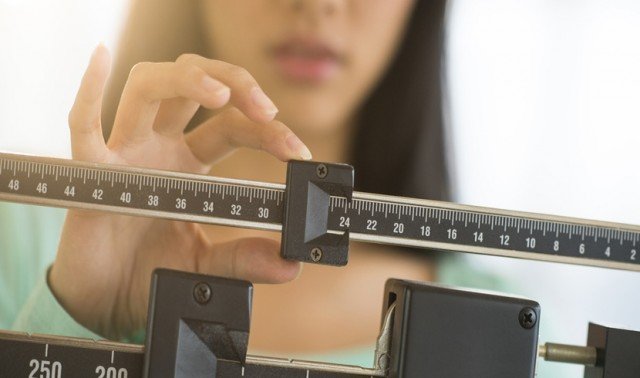 Fructose — a kind of sugar found in a wide variety of foods and beverages — may encourage overeating, new research suggests.
Fructose may be best known to consumers in the form of high-fructose corn syrup, which has long been added to manufactured foods from sodas to cookies.

Distinct from sugar known as glucose (produced by the natural breakdown of complex carbohydrates), fructose is also a “simple” sugar and a natural component of fruit.

However, “in a series of studies we have found that when compared to glucose, the simple sugar, fructose, is a weaker suppressor of brain areas that help control appetite and the motivation to eat,” said study co-author Dr. Kathleen Page, an assistant professor of clinical medicine at the Keck School of Medicine of the University of Southern California in Los Angeles.

In other words, people are more likely to remain feeling hungry after a meal with lots of fructose versus one with lots of glucose.
Prior research has indicated that, when compared with glucose consumption, ingesting fructose sparks a smaller release of hormones such as insulin that give rise to a sense of being full, according to background information with the study. Recent investigations have also suggested that only glucose, not fructose, curtails hunger by slowing down activity in a specific region of the brain (the hypothalamus), the researchers said.
The small, new study builds on both findings.

More than two-thirds of American adults are overweight or obese, which puts them at risk of heart disease, type 2 diabetes and certain cancers. Many experts believe that changes in U.S. food production, including widespread use of high-fructose corn syrup, are to blame.
For the current effort, the researchers enlisted 24 men and women ages 16 to 25 to participate in a hunger exercise where participants were instructed to consume a drink sweetened with either glucose or fructose. Then they were asked to view images of various foods and indicate the degree to which they felt hunger. The exercise took place while each was hooked up to a functional magnetic resonance imaging scanner in order to track real-time brain activity in a “reward” center of the brain known as the nucleus accumbens.

Hunger was greater among those who had consumed the fructose drink, the authors found. At the same time, the fructose mix provoked greater activity in the targeted brain region, which translated into a greater desire to eat.  However, Page stressed that the current findings are “preliminary.” More work is needed before broad conclusions can be drawn about how sweeteners in manufactured food products actually influence hunger and the overall risk for obesity, she said.

For example, “it’s important to note that both fructose and glucose are found in almost equal quantities in both high-fructose corn syrup and table sugar,” Page said. “We don’t yet know whether the brain responds differently to high-fructose corn syrup compared to glucose or sucrose [table sugar].”
And a trade association representing the corn refining industry in the United States countered that the study doesn’t reflect real-life consumption.
“The subjects in this study were given large amounts of pure fructose and pure glucose separately, which almost never occurs outside a laboratory setting,” the Corn Refiners Association said in a statement. “While those who received pure fructose may have reacted as if they were less sated, these study conditions did not correspond to anything like a natural setting in which people normally would be consuming roughly equal amounts of glucose in combination at the same time.”

But Lona Sandon, a registered dietitian and assistant professor of clinical nutrition at the University of Texas Southwestern Medical Center at Dallas, said the study findings are consistent with other research.
“We have known for quite some time that the insulin response to glucose in the bloodstream is a normal response to signal the brain and body that calories have been consumed,” Sandon said. “Fructose does not trigger the same response of insulin.”

The interplay between glucose and insulin is probably an important part of weight regulation, she added.  The bottom line, said Sandon, is that added sugars bring no nutritive value to foods. Her advice? “Choose whole, nutrient-rich foods and whole grains most of the time.”