Getting a USAREUR driver’s license in Stuttgart 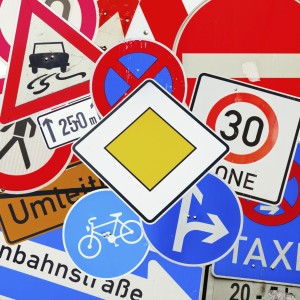 UPDATE, Sept. 6, 2019: New information has been added by the Driver Training & Testing Station

Fortunately, obtaining this license is part of the Stuttgart garrison in-processing, check in with Central Processing, Building 2913 on Panzer Kaserne for information and to attend in-processing within two days after arrival to Stuttgart.

For the USAREUR drivers handbook and examination manual for Germany, click here. The USAREUR driving practice test can be found here.

Take the test online prior to PCS

Personnel on official orders to Germany with a Common Access Card and their family  members with a Department of Defense ID card are authorized to use this application to complete the U.S. Forces Certification of License training and exam prior to arrival. Family members should use their DoD identification number located on the front of the ID to log on. The online certification is valid for sixty days and must be valid on arrival in the Drivers Testing Office.

What if I have a visitor who needs to drive a USAREUR-plated vehicle?

The best course of action is to have visitors get an international driver’s permit before arrival.

When your visitors arrive, take them to the customs office. The customs officers will need the following:
■ International drivers permit (If the visitor arrives without an international driver’s permit, they must have their valid stateside driver’s license translated from a court approved translator in Germany).
■ The visitor’s passport
■ The sponsor’s (vehicle owner’s) registration of the vehicle that will be operated by the visitor.

Once the above criterion have been met, the customs office will issue an exception to policy letter. The visitor must carry the letter, passport, stateside license translation or international driver’s license whenever they are operating the sponsor’s vehicle

Personnel on official orders to Germany with a Common Access Card will are authorized to use this application to complete the U.S. Forces Certification of License training and exam prior to arrival.